Despite the heavy rain thousands gathered to take part in the protest, which lasted for hours until the late hours of the night. Four members of the European Parliament attended the demonstration as well – Clare Daly from Ireland, Ramona Strugaiu from Romania, Ivan Sinčićfrom Croatia and Paul Tang from the Netherlands. Last week, the European Parliament passed a highly critical resolution regarding the state of rule of law and fundamental rights in Bulgaria, which was largely a result from the protests.

"Europe is not blind – Ivan Sinčić told demonstrators – Europe will support you, because we are all one. I am here to tell you that you are not alone. Many eyes from all around Europe and all around the world are watching. Their hopes are your hopes; your dreams are their dreams. This is a common struggle and you must be persistent because you are fighting for your future, for your children. My home country of Croatia is also extremely corrupt […] corruption everywhere must end."

He encouraged protesters not to give up and carry on:

"I know you are tired from the poverty and all the corruption. But you must not stop, now is the moment to continue your fight against corruption." 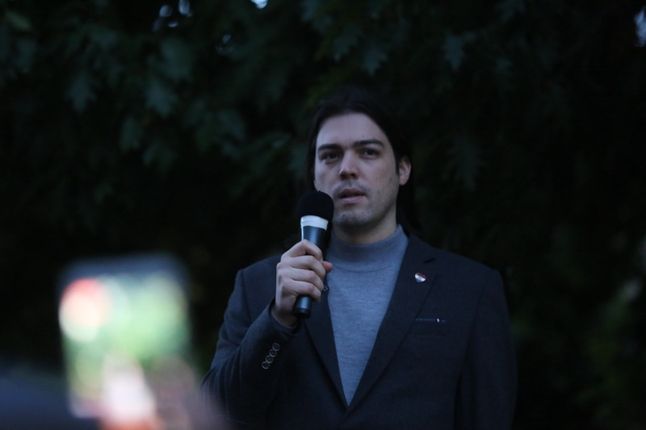 "Things in Bulgaria must change, corruption is a problem, bribes are a problem. A country, which fails ro fight these defects, cannot prosper. Certain media, which distort facts, are also the problem. As well as certain politicians who prefer the version of the mafia, oligarchs and corrupted officials", Paul Tang told protesters. 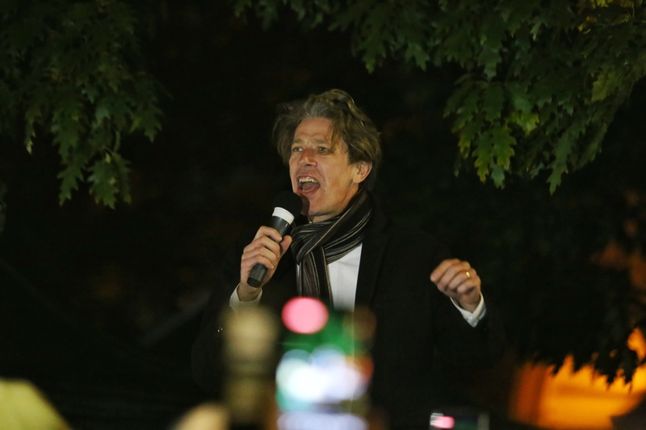 Apart from foreign guests, Bulgarians from across the country, representing at least a dozen cities traveled to Sofia to take part in the demonstration. The ‘national uprising’ demonstrations began early Friday morning in Rousse in front the of Regional Environment Inspection Office where protesters gathered wearing gas masks. Rousse has had a long standing problem with air pollution, which remains unsolved. The protesters claim the main reason the air in their city continues to be heavily polluted without consequence lies in the corrupt local and national authorities, which turn a blind eye.

Students from Sofia university also joined in, carrying a large banner reading "Resign!". Students from the law department at Sofia University held a special demonstration this week as part of the protest, demanding the resignation of Prosecutor General Ivan Geshev, PM Boyko Borissov and his government.

"We decided to take part in the protest and show that students can think. We, the students wish to insert new energy into the protest," students explained.

The fifth ‘grand national uprising’ was also marked by an open letter signed from 1256 intellectuals, demanding the resignation of PM Boyko Borissov, his government, Prosecutor General Ivan Geshev, as well as of the General Director of the public Bulgarian National Television Emil Koshlukov.

Koshlukov took over BNT a couple of years ago. He is a highly controversial figure in the media world, who took high posts in government-friendly media in the past and is largely seen as a censorship force in BNT.

As usual, part of the protest visited the BNT building around the time the main weekly political talk show, Panorama airs. As the show regularly invites ministers and other high officials, protesters ambush members of the government after having been on the show. This time, there were no guest politicians on the show, but the protesters still held a demonstration, threw eggs at the building and chanted "Resign" and "Thugs Out!".