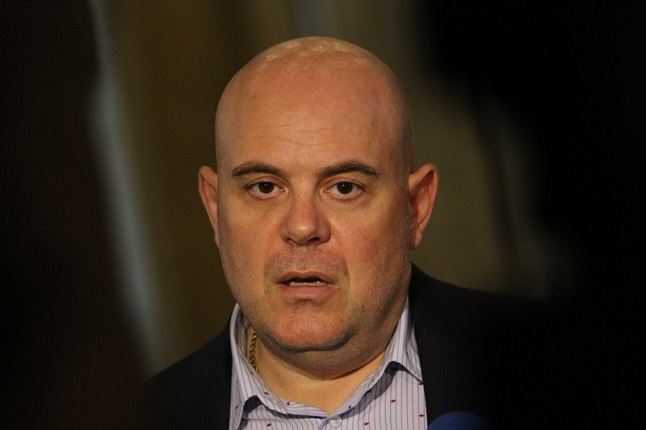 “I don’t necessarily agree with the view of these – let’s call them right extremists – that the legislative, executive and justice branches of power must be separated”, Ivan Geshev, the only candidate for Prosecutor General said this week.

And why should he be? After all, the purpose of it is to ensure the power of the state is not concentrated in the hands of one group or individual. And for the life of him, the likely future Prosecutor General, cannot grasp the reasons for this unnecessary complication. In Geshev’s defense, he knows well that in Bulgaria this is more of a formality. Especially from the standpoint of the Prosecutor’s Office.

The Bulgarian Prosecutor General has near-unlimited powers and is not accountable to any other state institution. The position bares the country’s totalitarian past and has been the foremost subject of criticism by the Council of Europe for over a decade. The institution is semi-democratic at best by its very design. The repeated recommendations to reform the position have not achieved any results. Instead, the prosecutorial system has been subject to consistent exploit by the governments to protect friends and go after enemies. Over time the Prosecutor’s Office and the oligarchy have merged to sustain the captured state, keeping both more or less dependent on one another, although admittedly the Prosecutor General might have a slightly upper hand. In this context it was only a matter of time before a figure, ready to claim the right to unconditional raw power take the office. If - as the political scientist Evgeny Daynov suggested – Geshev declared himself as a future dictator, this will not be due to a sudden and unexpected turn of events. It is the result of attentive and purposeful nourishment of the prosecution into a dictatorial incubator.

Ivan Geshev is famous for being the unapologetic “bad boy” at the top of the Prosecutor’s Office. He is deputy to Prosecutor General Sotir Tsatsarov and head of the Specialized Prosecution. The latter is one of several bodies, which borderline the legal realm, along with the so-called Anticorruption Commission. They serve as a handy tool to silence and pressure opponents under the pretext of fighting corruption. These institutions have not made a single real case against high level corruption in the country since their inception. But their lack of genuine result is matched only by their hyperactivity in making grand accusations and generate content for the media, especially if owned by media mogul Delyan Peevski. Acting with no regard for procedure or – especially – presumption of innocence, these officers like to organize flashy raids and arrests, freeze funds with no apparent reason, boast about catching “criminals” and “crushing oligarchs” to the cameras. This never leads to actual convictions, or even cases in court, because they truly are no more than public smear campaigns with no actual factual or legal merit. As a bonus, virtually all their raids and actions end up in the European Court for Human Rights, but that is only the taxpayers’ problem.

In a word, these specialized anticorruption bodies are infested with thug-like individuals in official state capacity. They are not there to grasp concepts like presumed innocence and universal human rights but to fulfill orders and use the powers of their office and political protection to carry out expensive and often illegal smear campaigns, while keeping those in power and their friends safe from actual prosecution.

The Prosecutor’s Office is not too different and together with the specialized bodies make up a formidable power house within the state, which is virtually untouchable by any other institutional body. With press freedom on the brink of existence, there is nothing to stand in its way in the public sphere.

Sotir Tsatsarov managed to utilize the prosecution’s potential for unlimited and unaccountable power over the state, its institutions, and the public. Tsatsarov ruled over and managed on all levels a corrupt office but his ultimate goal seemed to be to keep the power distribution in in check. Geshev on the other hand seems eager to take it to another level. And as soon as he got the nomination, he made sure everyone got the message. Several days after his candidacy was announced and got the support of all Supreme Judicial Council members from the prosecutors’ quota, Geshev gave an interview for the Bulgarian National Television: the public TV network, which recently became one of the many government-friendly news outlets, after the appointment of its new boss, Emil Koshlukov. Koshlukov is one of media mogul Delyan Peevski’s many agents across the Bulgarian press landscape, having been head of one of Peevski’s since-bankrupt TV networks, TV7. So, it is only natural Geshev would appear there first.

During the interview Geshev made many very disturbing remarks and even sheer threats: mostly directed to Democratic Bulgaria’s leader Hristo Ivanov and Capital Weekly and Dnevnik Daily publisher Ivo Prokopiev. Of course, Geshev did not have to answer any follow-ups by BNT’s Ivo Nikodimov, who took – or rather – witnessed – the interview. BNT has never been great at holding the most powerful officials accountable to the camera: the network’s long-running weekly Panorama is the go-to show where everyone from PM downwards like to visit and hold uninterrupted speeches, masked as interviews, to host Boyko Vassilev. Given that the network recently entered into the domain of Peevski’s media empire, it is safe to assume this kind of coverage will be the minimal requirement to get to the air.

Geshev spoke about the recent hack at the National Revenue Agency, which led to leak of the personal data of millions of Bulgarians. He named Democratic Bulgaria’s co-leader Hristo Ivanov and implied DB might be connected to the attack. He went on to speak about the man, who got arrested for the hack – and largely considered to have been framed – and the company he works for, TAD Group. The charges got upgraded to terrorism recently, according to Reuters. Coincidently, the rest of the government is busy reassuring the public that the fact that their personal data is hacked poses no risk of any kind. In any case, the charges of terrorism expand investigators’ rights in using special investigative tools, search and confiscation. Which admittedly is these teams’ preferred way to work. Geshev said in the interview that the charged are cyber terrorists and declared that cyber extortion is in the normal line of work in this company. He boasted about his teams’ abilities to decrypt the data, which special squads confiscated from the company, and took the time to note of the investigative site Bivol.bg, implying a connection there as well.

Geshev offered a chilling glimpse into his future reign. He made it clear that the style we have come to known well – like former Mladost Mayor Desislava Ivancheva’s arrest for example – is only going to expand and flourish when assuming the position of Prosecutor General. As he himself put it in another interview – this time to Kiril Domuschiev’s NOVA TV – “I am a person, who is prepared to do what other only promise.”

Democratic Bulgaria organized a protest against Geshev’s nomination, and filed an official request for him to be disqualified, because of the rigorous comments he made during the interview and his overall history of disregard for procedure. The protest attracted 1000 people; a second one is scheduled for Monday, July 29.

But Geshev is likely going to run unopposed, although he has the necessary votes anyway. And it becomes clearer and clearer that the most powerful position in the country is not only not electoral or subject to any effective voting procedure, but an appointment from within the hardlines of the captured state. 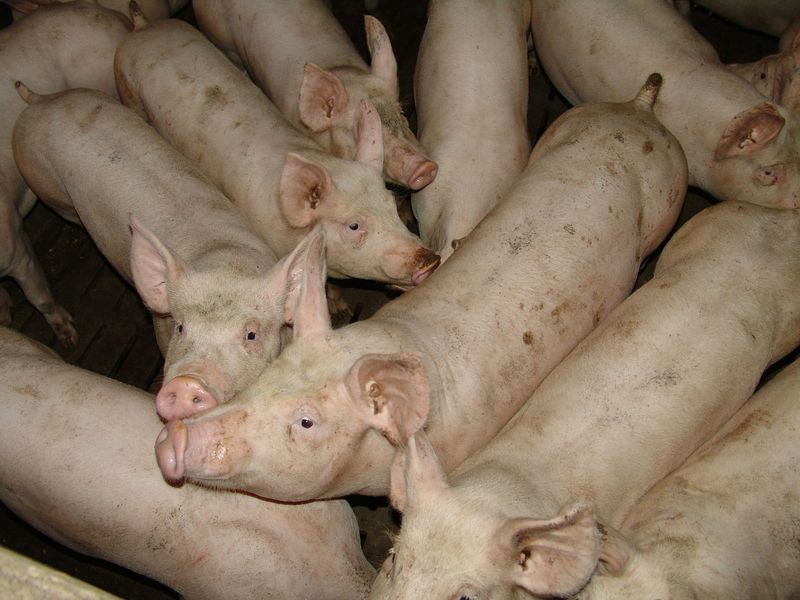 Bulgaria is reporting new outbreaks of swine fever almost daily. An estimated 500’000 pigs will be culled in order to contain the disease, according to Reuters.

The EU health commissionaire, Vytenis Andriukaitis criticized Bulgaria sharply this week over the government’s inability to control the situation and – more important – of letting it happen. He pointed to overall incompetence and negligence on the part of authorities and general mismanagement in the field on all levels: from government officials, to pig owners, both commercial and private:

“I drew attention on vigilance, on possibilities to introduce strict biosecurity measures, on possibilities for a strong information awareness campaign, and of course, disseminate in those territories affected, in this border region with Romania, and teach people to strictly follow hygiene rules.”

“Biosecurity is not only about farms, it should be implemented in the whole territory. I’m sad to hear this news and I’m waiting for the result of the official investigation. This happened because someone was negligent, someone did not do their job properly and someone did not pay attention.”, he said as cited by euroactiv.com

He warned Bulgaria that if it does not take appropriate and serious action, it may stand to lose its entire pig industry.

Meanwhile, Genka Shikerova, an investigative reporter, who has been researching the story for months published her reporting in Sega Daily, outlining colossal instances of mismanagement and incompetence on the part of officials in dealing with issue. Not least of which, that the authorities are planning to bury 4 million kilograms of infected pig corpses in the ground, near the Danube river. This, she writes, is nothing short of a ecological disaster.

She says she has asked the head of the Food Safety Agency, Damyan Iliev to comment on this and a number of other irregularities she has found to no avail. The risks of water contamination in this case is significant. With the exception of Romania, burying this number of infected animals is not practiced anywhere in the EU.

There is also the question of whether there is capacity to destroy the meat products from the affected farms. The available incineration facilities are not in use during this crisis. The official answer the Food Safety Agency gave Shikerova was that using them would lengthen the process of culling and decontamination. Which is curious, as that is their primary function. In fact, according to Shikerova they have nowhere near the capacity, needed in this case. The reason for that is that the Iliev did a lot of lobbying a year ago in order to ensure that the public procurement for such facilities go to certain companies, although that led to the subsequent closure of one very large such facility and the downsize of another. Thanks to this today Bulgaria’s total capacity for decontaminating the dead animals is 32 tones per day, compared to 180 tons before the new companies won the public procurements in question. 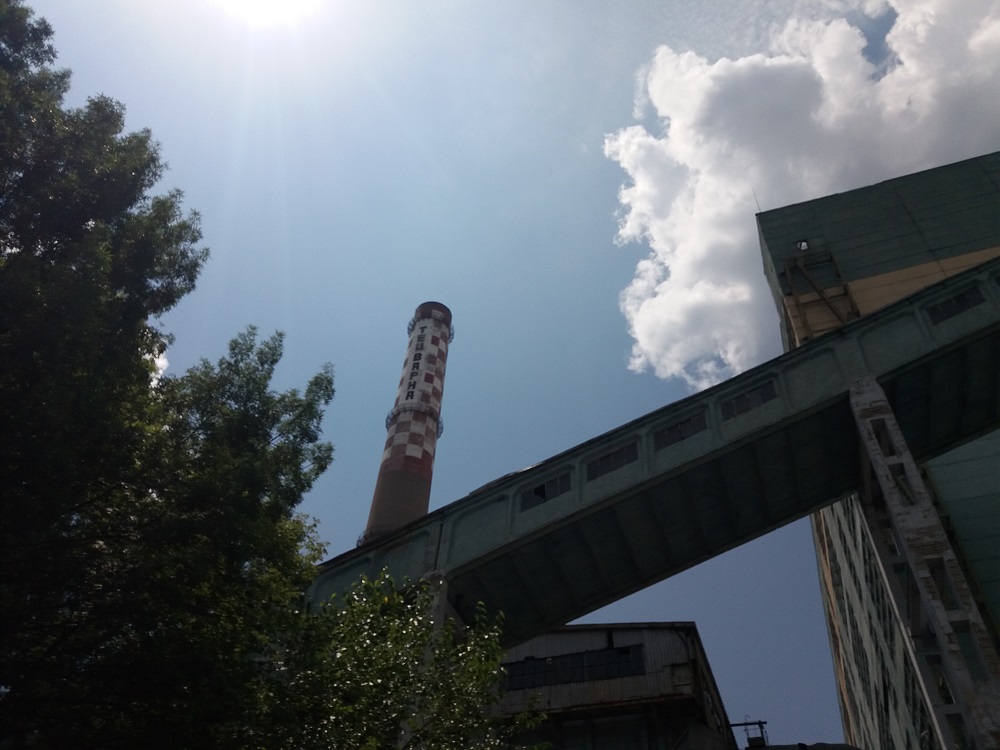 The three coal plants, connected to the energy boss Hristo Kovachki and the TPP Varna, which was recently acquired for a fraction of its value by the Movement for Rights and Freedoms (DPS) honorary leader, Ahmed Dogan will split 53 million public funding for maintaining the cold reserve.

How these numbers are calculated remains a secret. The number of times the system has tapped the cold reserve and of which operators is also confidential. However, just recently the Supreme Administrative Court ruled that ESO must provide this information from now on under the Access to Public Information Act. 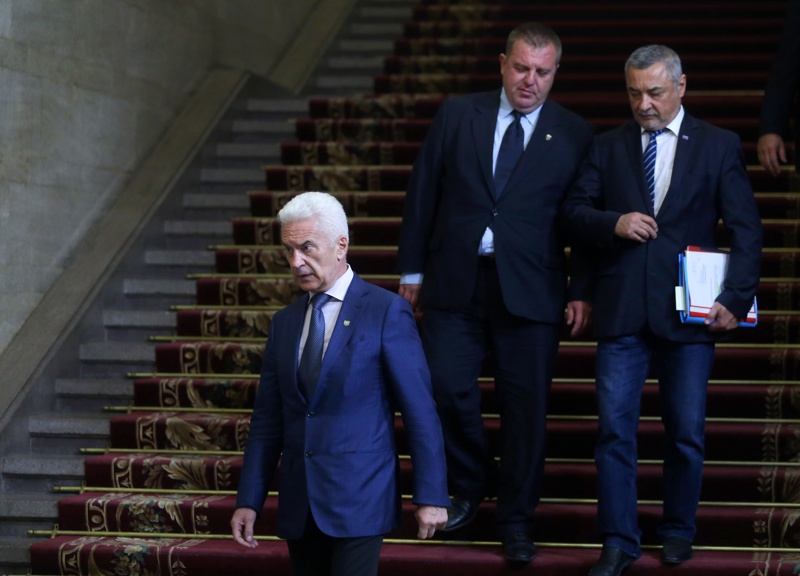 The so-called little coalition, which is made up of three right-wing nationalist parties, which together form GERB’s coalition partner, the United Patriots split. VMRO and NFSB officially expelled the third in the group, ATAKA, along with its leader Volen Siderov and two of his most trusted collogues.

It is not yet clear how the coalition will carry on without ATAKA. VMRO leader Krassimir Karakachanov supposed that the tree parties might signing individual agreements with GERB, but ATAKA leader Volen Siderov is insisting that PM Boyko Borissov should get involved personally in the conflict and help to resolve it. Mediapool sources say Borissov was informed of the two parties’ intentions to push out Siderov’s ATAKA.

The feuds within the coalition have been going on for almost as long as the coalition exists. It has been an almost constant source of scandals and questions as to the government survival, if the coalition collapses. 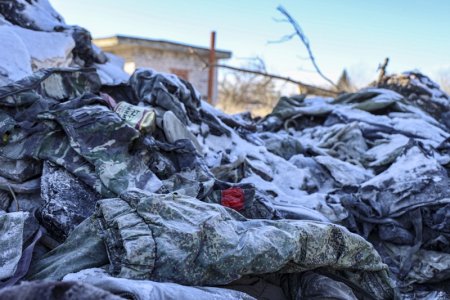 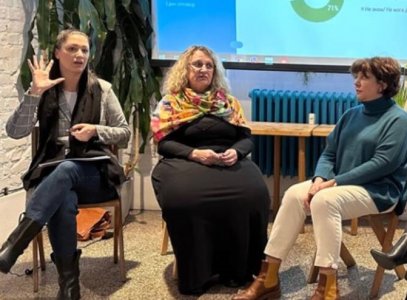 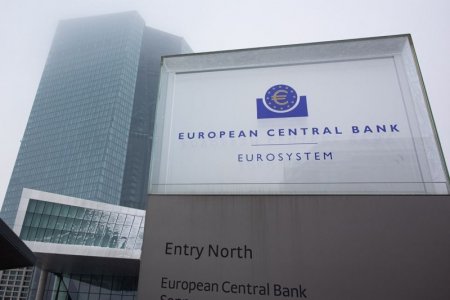