Borissov giveth, and Borissov taketh away

PM Boyko Borissov publicly ‘ordered’ late last Friday that GP Group, the company that has been at the center of an alleged massive corruption scam involving EU funds, to be ‘removed’ from all EU projects and tenders. The GP Group scandal will likely turn out to be one of the most enormous schemes in recent memory, which not only has been uncovered but the fact of its unveiling has led to actual consequences. It is still too early to claim the latter but judging from the PM’s outburst, forgetting all about – as is routine in Borissov’s case – any form of procedure of investigation, might well be confirmation that the scandal is not going away any time soon.

Several plotlines in this story deserve attention over the past week or so.

The first is of course the fact that the story has resonated outside the boundaries of the country, even if partly for the wrong reason. The murder of journalist Victoria Marinova gained wide international coverage, which for the most part however - for better or worse – misinterpreted the context. Marinova’s murder should not be underestimated by any means, and is not an isolated incident: it is definitely part of the wider context, and a devastating one at that, but a different one: it concerns the disastrous way crimes against women are being treated - or rather ignored - in Bulgaria. It is more likely that Marinova’s murder is an instance of this pattern and not an attempt to silence free press, but precisely free journalism was what most assumed the murder was about.

There is of course a good reason why most outlets quickly judged the murder as one against free press. Firstly, context. Bulgaria is notorious for its corruption and immense pressure on independent journalism. But more specifically, the edition of the show Detector, which Marinova hosted right before her death featured the investigative reporting by Bilol.bg dedicated to the alleged massive EU funds fraud scheme, in which the company GP Group is the main actor.

So, the misinterpretation of Marinova’s murder was what torrented the GP story out of the local and manageable media and by extension public eye into the world.

While it is still early to predict how sustainable this will turn out to be, reaching the outside world is the minimum requirement for a story of this kind to ‘stick’ beyond an initial high-pitched headline.

Suddenly the Prosecutor’s Office filed a lawsuit against GP Group and ordered the attachment of 14 million euro of their funds. Also, the European Anti-Fraud Office will launch an investigation into GP Group projects, the company’s president is going around the media to do damage control, while simultaneously pulling out of several key tenders totaling in hundreds of millions, and finally, not least of all, PM Boyko Borissov’s outburst for GP’s EU funding to be ceased.

This leads us to the other important outtake from this story, at least for time being.

In his nearly 10 years of serving as PM and well over 10 in total service including other high-ranking public positions, Boyko Borissov still fails to understand basic mechanisms and functions within a democracy, and even less so – the role and limits of his authority as PM. People have almost stopped regarding the countless times he has acted more as a one-man ruler, rather than an integral part of a system, founded on the division of power and checks and balances, at least in theory.

Borissov taking the floor and ‘ordering’ for a company’s EU funding for won or ongoing projects to be discontinued shown an embarrassing and harmful ignorance about the basics of the public process. There is due process in democratic states, and until a court decides if a crime was committed or not the defendant is presumed innocent. But Borissov seemingly not aware of this is not even the greatest concern. As mentioned, the public’s reaction is to ignore at best such outbursts. For the most part this attitude of the PM’s has established itself as the norm: Borissov is the leader and ruler and whatever he says, goes.

Borissov’s apparent and complete conviction of having control well beyond his official realm cannot exist – and for such a long time – if it is not at least in part based in reality. In fact, even last month Borissov described a necessary procedure that must be carried out in order to allow his pick for Interior Minister to apply for the post as only ‘a formality’, implying it unnecessary and annoying. As are most procedures on their own, if they were not integral to a network of checks and balances. And if this is the norm, and not just in attitude but in actual execution, it begs the question touched on above. If the PM by extension claims to have the ability to bypass procedures and – in this case – take away EU funding from a company, who has won it, he should also be able to give such funding just as easily? Or if not to such a degree, to what? How far does the PM’s power actually reach behind what is visible on the face of the state’s affairs?

And this leads us back to Bivol’s uncovering of the alleged and very elaborate EU funds fraud scheme, which according to their reporting has penetrated all levels of EU funding, including consultant companies, politicians, project evaluators etc.

The role of the media here is key. As most media is dependent and its content is controlled by several notorious political figures, even if a story breaks it is easily spun and covered by the many outlets, who all serve the purpose of those in power and shield them from the public, instead of doing just the opposite and exposing abuse of power or other misdoings to the public. It seems, however, that the GP Group story is – at least for now – here to stay and develop. 
In an interview for the far-right TV network SKAT, Vice PM and leader of the right-wing nationalist coalition, part of the ruling coalition, the Untied Patriots, Valeri Simeonov called the protesting parents - widely referred to as mothers – of children with disabilities “loudmouthed women with supposedly sick children.

The remark caused public backlash and the call for Simeonov’s resignation by the largest parliamentary position the Bulgarian Socialist Party, citizens as well as the protesting parents themselves.

Simeonov told the network in an interview that in his view the parents are using their children to gain political leverage in order to achieve their purely material aims.

Parents of children of disabilities have been protesting since June the current social policies and legislation concerning people with disabilities. The protest is continuous and bares the slogan The System is Killing Us. The parents demand the adoption of three bills of amendments, one of which – the Persons with Disabilities Act - was approved by Parliament earlier this week.

This passing was the specific cause for the comments. Simeonov told SKAT:

“This bill of amendments was drafted as part of an effort to satisfy a group of loudmouthed women, who speculated with their children, manipulated the public, taking out in the rain and in the heat these supposedly sick children, deprived of any trace of maternal instinct or care for them. They just used [the children] in a most immoral way in order to achieve their purely material aims.”

PM Boyko Borissov, who is in Brussels, apologized on Friday ‘on the part of the government to the parents but did not comment on the demands for Simeonov’s resignation. 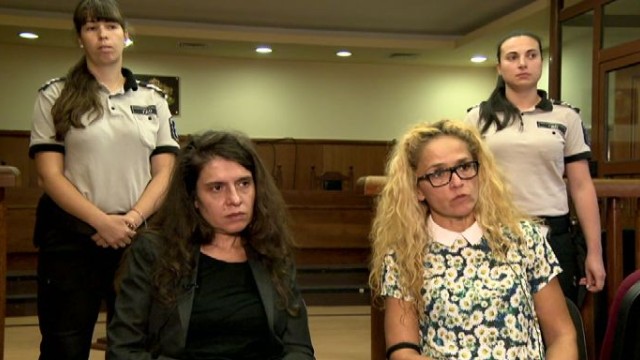 
The Special Court decided to release the former mayor of Sofia’ district of Mladost Dessislava Ivancheva and her former deputy Bilyana Petrova under house arrest as of October 25. The two are defendants in a trial for taking a 70’000-euro bribe for issuing a building permit in Mladost.

Ivancheva and Petrova were arrested in an over-the-top spectacle of an operation back in April on charges of corruption. Ivancheva’s arrest took 7 hours in which she stood handcuffed in the middle of a busy intersection in the city center, surrounded by a number of officials and special police forces. The spectacle continued later during court procedures as well when the defendants stood inside a glass cube during hearings. This is a measure taken only in cases where the accused pose a significant security risk; the two also were heavily cuffed when taken to the hospital.

Ivancheva and Petrova will be leaving jail after having spent over six months inside. The main reason for the two’s release under house arrest is the fact that after having heard all of the witnesses’ testimonies, the court asserts that there is no risk of the defendants’ pressuring the witnesses. In addition, the two are in bad health due to spending time in jail, the conditions in which, in their own account, are horrific.

As for the proceedings themselves, till now two witnesses have failed to confirm that the defendants ever asked for bribe money, as the indictment against them claim. Also according to the indictment the two asked the bribe from the real estate developer Alexander Vaklin. He, however, gave a testimony last week, in which he testified that a bribe was asked of him but not by Ivancheva or Petrova but by the alleged intermediary in the deal, the third defendant in the case, Petko Dyulgerov.

A key witness, the administrative secretary of the municipality of Mladost testified that she has never heard of Ivancheva or Petrova ever asking for money to push forward delayed permits. She did say also that indeed the permit Vaklin was waiting for was pending and overdue and that Ivancheva had instructed her to start working on finalizing it, and that this occurred a little while before the arrests on April 17.

Severin Krassimirov: I am guilty and will accept any sentence 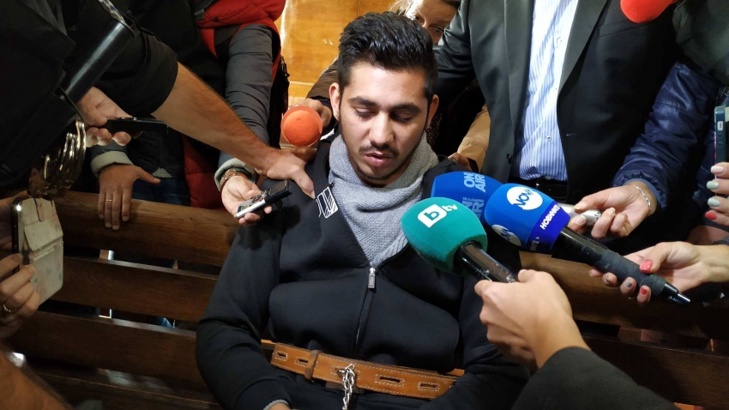 
21-year-old Severin Krassimirov, who is accused of brutally raping and murdering TV anchor from Rouse Victoria Marinova arrived in Bulgaria to stand trial. He told reporters he regrets what happened and that he cannot believe he has committed such a heinous act. He claims to not remember the events that led to the death of Marinova. Last week his mother told reporters that he was drunk and high on drugs when he called her, which was a bit after Marinovs’s death.

“I cannot believe I have done this. I’m guilty, and will accept any sentence” – he said before the court in Rouse began its session.

The crime was committed on October 6. Marinova’s body was discovered in the early afternoon, duped in a heavily vegetated area along the Danube river. Four days later the German police arrested Krassimirov for the crime. The accused had traveled to Germany to visit his mother who lives there. 
The debates over the third no-confidence vote were carried out on Friday. The largest opposition, the Bulgarian Socialist Party introduced the vote for failure of the government in the heath sector. It’s become fairly common for BSP to introduce votes on no-confidence for failure in various fields of government. The voted tend to be anticlimactic. The last time the debates on the vote were over in less than an hour. BSP Leader Kornelia Ninova took the floor to list the opposition’s motives and that was it. No real debate actually occurred.

This time the debate was longer but the outcome will hardly differ. BSP can hardly secure the votes for the vote to pass. Even though the Movement for Rights and Freedoms seemed likely support it, during the debates it turned out they reject BSP’s ‘alternative’ to health policy. While everybody an all sides agreed that the heath sector is in serious crisis, BSP’s ideas for reform seem to have been met with even greater criticism than the status quo.

BSP is for greater state involvement and extreme market regulations in the health sector, including banning the pro-profit status of health institutions.

The vote is due next week. 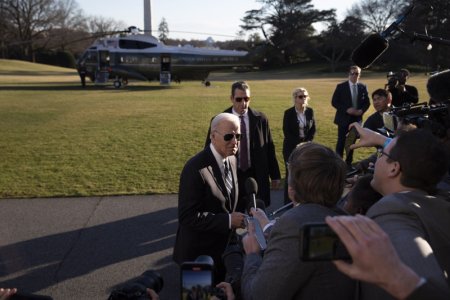 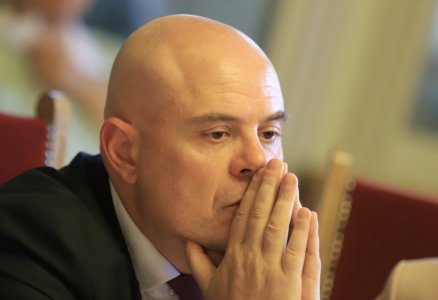 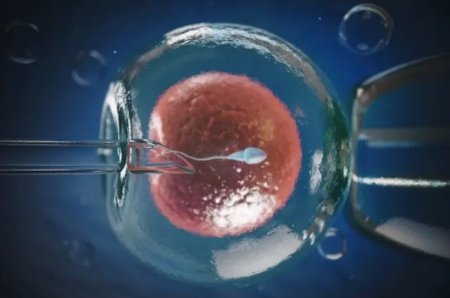 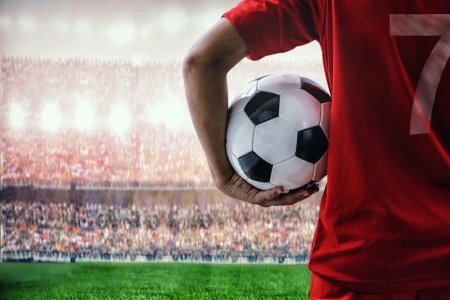