The Commission for Protection of Competition Approves Peevski Media Bill 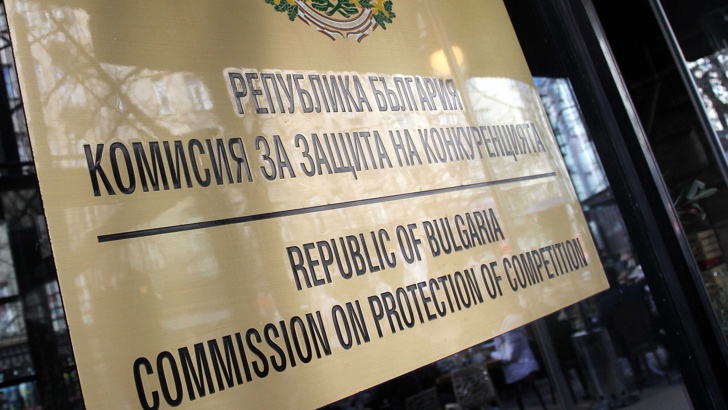 The Commission for Protection of Competition announced on Monday that it approves the bill, known as the Peevski media bill, which Parliament passed on its first reading.

The CPC published its motives, among which, as expected, the Confederation of the Employers and Industrialists in Bulgaria praised the bill by Peevski. The professor in media law, Nelly Ognyanova, however, warned that the bill serves political purposes and its adoption holds risks. For her distinguishing between “market” financing and “non-market” financing, as the authors of the bill do, aims not just to shed light on the financing mechanisms in part, it aims to do it selectively. According to her the legislator should not tolerate such an approach as it will transform the law into a tool for political gains.

The Journalists’ Union asserts that there is a need for a comprehensive legal framework dealing with the transperancy and ownership of media outlets, while this bill is restricted and a temporary solution.

The CPC asserts that the proposal to widen the scope of information to be declared regarding he ownership of the media, and its funding would help the commission in its investigations regarding the media sector.

The Anti-Corruption Commission did not discover a conflict of interests in Peevski as a media publisher and introducer of a media bill, because the bill’s aim is to make public information regarding media ownership, and will not himself profit from the adoption of the bill. 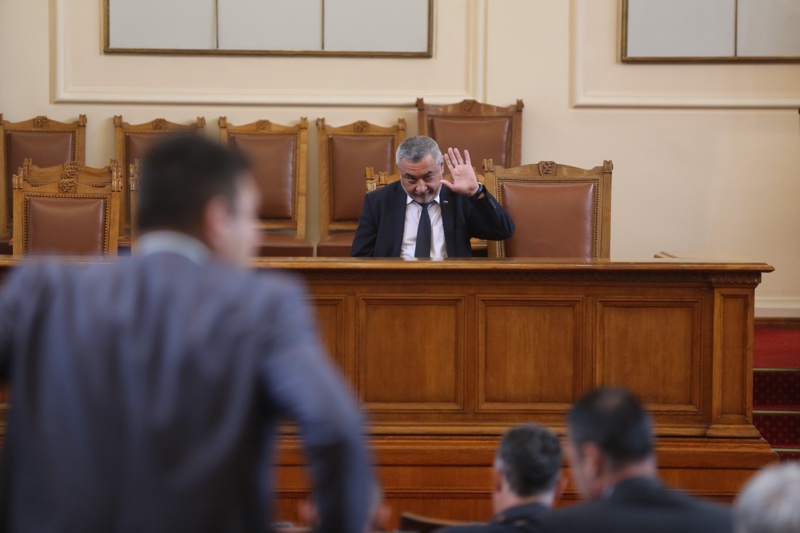 The Council of Ministers has prepared all the necessary documents to appeal the ruling of the Supreme Administrative Court to block the changes to the management plan of Pirin National Park, which would’ve allowed for new construction in ski zone of Bansko. This was announced by Vice PM Valeri Simeonov in an interview for Sega Daily.

The cabinet amended the plan in order to allow for the construction of new slopes and ski lifts in Bansko. The decision, however, was appealed and repealed.

The deadline for the appeal is Friday and by this edition was closed it was not clear whether the council will appeal or not.

Meanwhile environmental activists called on the Supreme Judicial Council to choose publicly the judges who would be reviewing the appeal, should the Council of Ministers submit it. The reason is that the system for randomly assigning judges to cases have been under heavy criticism that is being manipulated. The group of green organizations behind the plea argues that there should not be the slightest risk in the proper selection of judges in a case, which is so high in the public’s interest. 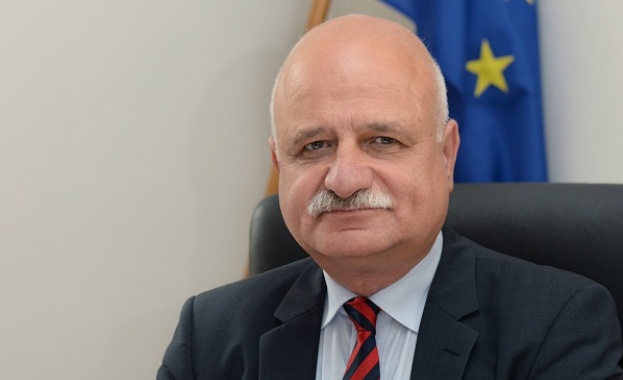 The Ministry of Justice has admitted that Dessislava Ivancheva, who is facing corruption charges, was treated by authorities worse than called for when transferred to the hospital last week. Ivancheva was taken to the hospital bound with cuffs by the hands and ankles.

A working group has been assembled to introduce changes to the instruction, according to which Ivancheva was heavily cuffed, the head of the department for punishments’ execution Vassil Miladinov announced. The main change will be the inreoduction of a risk assessment element in taking security measures for transferring incareserated persons.

Deputy Justice Minister Nikolay Prodanov told Mediapool that there is defiantly a need to re-evaluate the security measures, taken when transferring incarcerated persons, but that will be a very difficult thing to do.

“The need for concrete assessment on a case to case basis is without question. The problem is that it will be very easy to jump from one extreme to the other because this kind of risk assessment is subjective. It could be that some persons in custody are treated better, and others – as is the case with the [former] mayor – worse than the situation calls for. That is to say, developing special set of rules to apply for all is very difficult.”, Prodanov commented.

Specifically, regarding cuffing Ivancheva by the ankles, Prodanov explained that the instruction they followed is a result of escapes and lack of resources.

According to him, Ivancheva could have been accompanied by four guards instead of two and without the cuffs.

“The situation [with convoys] is very complicated. Theories have emerged that this is part of a deliberate effort to bully incarcerated persons. I cannot agree less. Our goal at the correctional facilities is rehabilitation. We honestly wish that when a person gets out of prison he is better than before.”, the deputy minister explained.

Asked what rehabilitation could be achieved in case the arrested turns out to be innocent, Prodanov answered that our whole society has a problem with the presumption of innocence.

“Other bodies outside our system have assessed there is enough evidence to suggest a crime has been committed [hence one is arrested]. The presumption of innocence is of cource a good thing. It is an accomplishment of democracy. But there is an odd attitude by the media towards the presumption of innocence. Facts are being reported from the very moment of arrest, specific crimes are discussed, pictures, people and so on. Then the person is declared innocent but the media does not report it. It is as though our whole society has a problem with the presumption of innocence. This might have affected our work as well but we are not the only ones to blame for this.”

He announced that the prisons’ administration and his ministry have solved the problem with unlawful violence by the authorities.

“It would be odd to have solved this problem and now torture inmates with cuffs. It would be logically unsound. It’s just that our resources are limited and certain chiefs are forced to compencate with implementing such measures. Which, of course, is no excuse, but the people are forced by the lack of resources.”, said Prodanov and reminded that the conditions in Bulgarian prisons improve all the time.

Meanwhile Yes, Bulgaria attorneys submitted a claim against the instruction for security measures when convoying incarcerated persons to the Supreme Administrative Court because of the way Ivancheva was taken to the hospital. Yes, Bulgaria reminded that in numerous rulings by the European Human Rights’ Court, as well as in many human rights’ reports Bulgarian authorities are cited as having systematically violated the rights of imprisoned and accused persons.

“These violations have to do mainly with treating arrested people in humiliating ways. There are still articles in the Bulgarian legislation, which are not consistent with the international standards for protection of human rights.”, the party points out.

Yes, Bulgaria’s claim reads that the instruction, following which Ivancheva was so heavily secures, is in violation if the Normative Acts Act, specifically, it contradicts the presumption of innocence, requirements for proportionality, as stated in the constitution, the Execution of Punishments Act, and the European Convention of Human Rights. 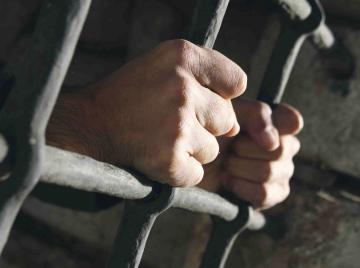 Four prisoners, convicted of one of the most serious murders in Bulgaria in recent years, have won a lawsuit they filed against Bulgaria in the European Human Rights’ Court because of the bad conditions in the prison, the legal website lex.bg reports.

The plaintiffs in question are all but one serving life sentences in prison for murder charges.

One of them, Lazar Kolev, convicted of murdering the Belneyski sisters – a major case in Bulgaria – claims that he has been kept in a locked cell at all times in the Pazardzik prison. The only exception, and the only time he could interact with other prisoners, has been the one hour a day he has been taken outside for physical exercise. Kolev says his cell is less than 6 square meters, there is no water and no toilet, dirty and infested with flies and cockroaches. There is no table in the cell and he eats on a newspaper in his bed. The court has awarded him 3000-euro compensation, to his requested 10000 euro.

Ilian Mihailov complains of similar conditions in prison of Plovdiv. In addition to the above, he claims that during the winter the heating is turned off at 6pm every day. He has been taken out of his cell only in handcuffs. The court has awarded him 4000 euro.

This is the second lawsuit against the country that Yordan Petrov wins. He is also kept locked in his cell at all times. During his stay a toilet was installed in his cell but only 45 cm off his bed. The prison’s administration refused to give him a toilet brush or cleaning products and soon the toilet had become unusable. His cell was full of rats and roaches. He will receive 3000 euro.

The fourth prisoner, Stoyan Petrov had not requested compensation, only that the court recognizes the state’s fault. His claims are similar to the others’.

Policeman Is Charged for Trafficking Afghan Migrants from Burgas to Sofia 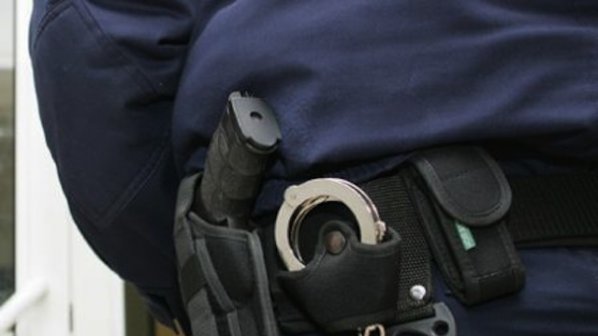 Employee of the Security Police Unit of the Ministry of Interior has been arrested on charges of trafficking migrants from Afghanistan between Burgas and Sofia.

After five failed attempts to stop the car of the accused, his colleagues have managed to arrest him in Pirdop.

Migrants Leaving the Country More Than Those Entering it 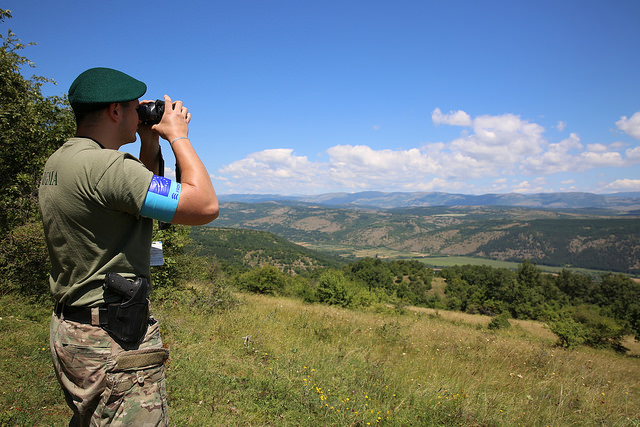 Ministry of Interior data reveal that over the past two months the migrants entering Bulgaria are less than those exiting it. According to the statistic in June and July the police has taken into custody 88 people trying to leave the country. The number of the ones taken at the entry points is 52, Dnevnik Daily reports.

Over the past several weeks the people seeking refuge in Bulgaria have mostly been Iraqis and Afghans, and least of all Syrians. There is a rather new tendency of migrants leaving Bulgaria through Romania as opposed to the more popular till recently route through Serbia.

In late July the State Agency for Refugees’ centers are full 11%, and those of MoI’s migration department – 42%.

97% of Bulgarians Breathe Dust Despite Measures and Funding Spent 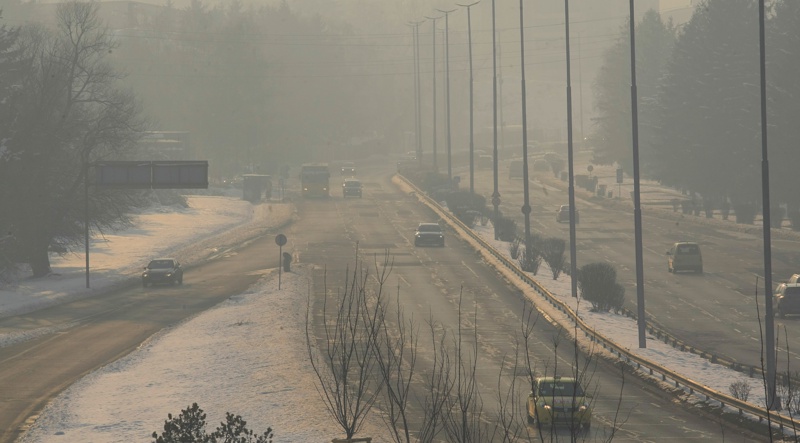 The efforts to lower air pollution in the country are ineffective. Decisions and measures taken by local and state administrations are chaotic and unrelated to one another. The money spent is money thrown away. No mayors have been fined by the Ministry of Environment for not washing the streets. The system for monitoring the air is old and outdated. There is no monitoring of the health impact of air pollution.

Those are some of the conclusions of the audit by the Bulgarian National Audit Office of the implementation of national and municipal measures for clean air between 2014 and 2016. The audit report was delivered to Minister of Environment Neno Dimov, who promised to strengthen the control over the municipalities and other administrations in charge of implementing the measures.

The National Audit Office concludes that there is slight improvement in the air compared to before but it is far from satisfactory. Regardless of all the measures and money spent, the problems with dust particles in the air remain severe. In 2014 and 2015 the money spent nation-wide on clean air were 732 million but the effect from their spending is minimal.

The report concludes that the national policy for clean air is inconsistent and that Parliament should adopt a national strategy to guide local efforts.

Improvements might be underway due to the penal procedures that the European Commission undertook against Bulgaria for air pollution. This led to local administrations adopting additional measures. But, again, those would hardly suffice. 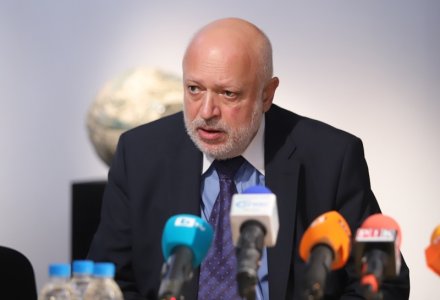 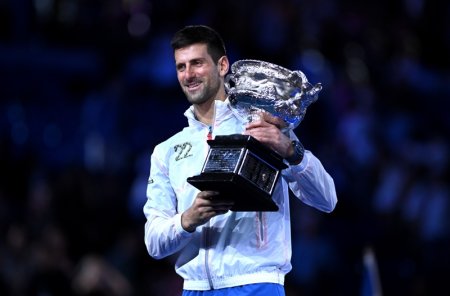 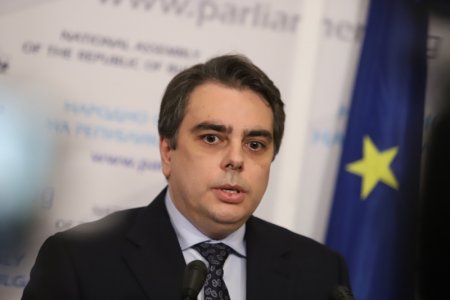 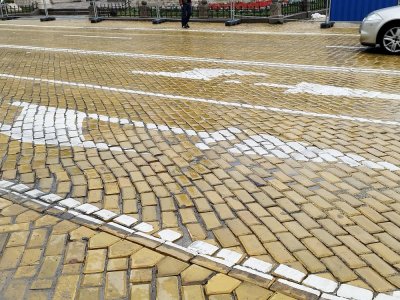