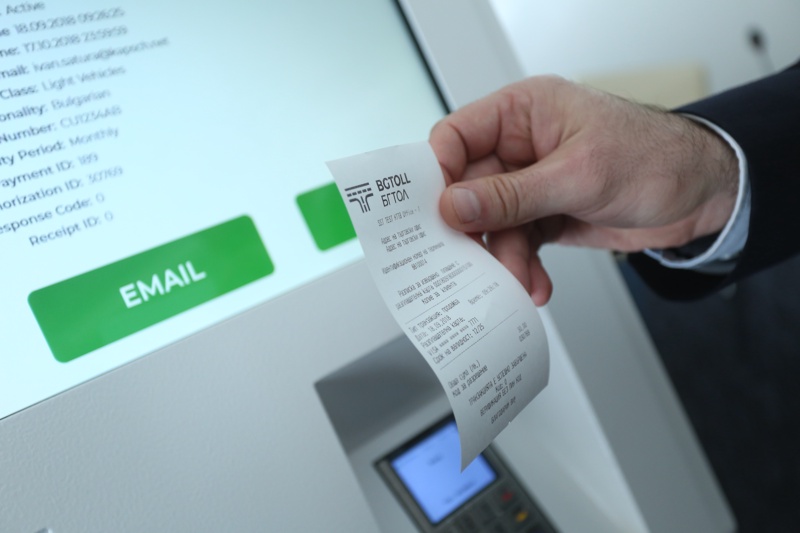 The Road Infrastructure Agency has been working on the new system for about half a year. The new e-vignettes were introduced before Christmas and are the only way for drivers to purchase the document since January 1, 2019.

Unfortunately, as is most of everything electronic that the Bulgarian government must administer and produce, the system is full of bugs. It seems though that those in charge did not account for the (high) risk a brand-new electronic system might not work flawlessly from day one, and did not think to have the old way of buying a vignette – a sticker sold at gas stations, entries at the border and so on – functioning a while longer.

The e-vignettes can be purchased either through an app, via the system’s website or – also – via self-serving vending machine, which should be found in the regular places, where vignettes have been sold before like gas stations. E-vignettes cannot be bought by operators at the gas stations at this time, though, as it was before: only through the vending machines. Operators in OMV and Ecopetrolium gas stations will be able to sell them from next week, according to the agency.

In the first week of the year though it turned out most locations where one should be able to buy vignettes from vending machines were either not equipped with them, including at the borders, or not arrived. Moreover, some drives who managed to find vending machines reported them not working. The three national tv networks all have confirmed the problems after testing random machines.

Some people also reported that when buying a vignette online they failed to receive confirmation e-mails, which led many to pay for a vignette twice. Others’ payments just failed or the system crashed mid-purchase.

At first, the system also provided the option for drivers to convert their old regular vignettes into electronic ones. This was not obligatory as the hard-copy vignettes from 2018, which expire sometime in 2019 will be valid on their own. But as the Road Infrastructure Agency put it, it was ‘advisable’ for drivers to convert to the new vignettes regardless. Many drivers experienced problems with that as well and even the agency admitted the conversion system is vulnerable to exploitation. In fact, the agency did discover a significant number of fraudulent attempts through the conversion option, which led the agency to decide to cancel the possibility altogether. Many drivers did manage to convert their vignettes though and it is not yet entirely clear whether those might be problematic as the option is now not available.

At this point, it is almost impossible to pay for a vignette in cash, which is ridiculous in a country where nearly a third of the population (according to official statistics) has no internet access. Many people in non-urban areas will definitely find it difficult to purchase vignettes as they rarely use electronic banking payment methods.

After the agency fixes all the current problems with the online payments and maybe manage to provide vignette vending machines especially at the borders, the problem with people from small towns and villages, who do not have access to modern technologies will likely remain.

The app, which can be used to buy a vignette half works in English, half not so much.

The problems are many, although the head of the office, who is responsible for the implementation of the system visited virtually all the big national TV networks to assure everyone there the system is running almost without flaws. Admittedly, though there are some imperfections, for which the agency has given a gratis period till January 15, during which time drivers without vignettes will not be sanctioned.

The measure might seem generic but it actually bears some thick comedic undertones. Because the agency admitted that the road police has no way of checking whether a car has a valid electronic vignette or not. So, what the agency’s officials call reaching an agreement with the road police for not sanctioning drivers before January 15 in order to make up for the fact that many people cannot purchase an e-vignette even if they wanted to, is really an entirely empty gesture. They may very well declare the same even without having the road police to comply at all, as they have no way of checking for e-vignettes at all.

The agency has promised to provide tablets with access to the e-vignette system to the road police, to provide vending machines where necessary and to fix the ones not working, to take care of the bugs in the software, and to fix the language problems by the end of January.

Fine, but why did it come to this? Why has the system apparently not been tested enough to get rid of at least half of these failures? The kinds of problems aren’t particularly deep or overwhelming on their own or at a testing phase. But if the system launches with all these issues at once, what can it do but collapse? And who expected otherwise?

At the end of the day, this is just another example of misgovernance and mismanagement on the very basic of levels. It is common for newly implemented systems not to run smoothly out-of-the-box. This is why they undergo elaborate testing beforehand. In this case, the testing coincides with the actual launch. But this is common practice for this government. Even commoner, as officials already made it clear, no one will carry responsibility for the chaos. And – even more so – no one recognizes this as chaos at all anymore.

UPDATE 01/05/2019, 10:40 AM: Early Saturday morning PM Boyko Borissov fired three government officials responsible for the e-vignette system, including the head of the office for the toll systems, Anton Antonov. 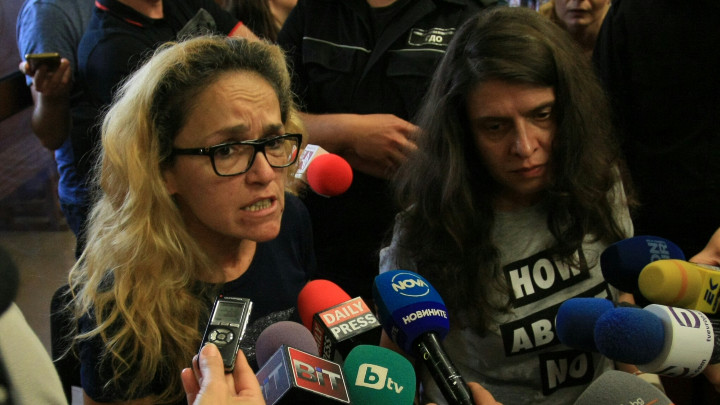 The former mayor of Sofia’s district of Mladost Dessislava Ivancheva and her deputy Bilyana Petrova, who spent eight months in jail while standing trial for bribery, have submitted their case to the European Court for Human Rights, bTV reports.

The accusations to the Human Rights Court claim that the rights of the two women were violated during the spectacle of an arrest they were forced to endure. Ivancheva and Petrova were made tot stand handcuffed in the middle of a busy intersection for over six hours in the heart of the capitol’s center back in April. The claims also include human rights violations due to the horrific conditions in the jail cells of the two women. Ivancheva and Petrova complained on numerous occasions of the jail living conditions but officials – including Justice Minister Tsetska Tsacheva – dismissed them as untrue and maintained the jails meet all European standards. Finally, the state ombudsman Maya Manolova went to the cells and took pictures which she later released to the media, showing the appalling cells.

Currently Ivancheva and Petrova are released under house arrest but the Special Appeals’ Court is pending the final decision whether or not to return them back in jail: something it has done twice before.

Meanwhile, following growing speculation, Ivancheva announced in an official statement to the media that neither she, not Petrova are planning to run for mayor of Sofia in the upcoming elections in the fall of 2019. The tabloid Weekend Weekly published several articles in several successive issues claiming that Ivancheva is considering running for the post.

The statement was sent by the former public relations officer of Mladost Municipality and current publicist of Ivancheva, Petar Karazhov. He took the opportunity of the statement to “call on all independent media outlets to continue to ask officials the following questions”. He points out three: two refer to the fact that the relevant investigative agencies have not followed up on information of large-scale real estate violations and crimes in the district of Mladost for over seven months. On both accounts the information was submitted either by Ivancheva or on her behalf as mayor.

The third question is why has Justice Minister Tsetska Tsacheva still not called a meeting about the conditions in the Bulgarian jails, which she promised to do December 4, following the indisputable evidence from the photos of Ivancheva and Petrova’s cells, which Maya Manolova put out. 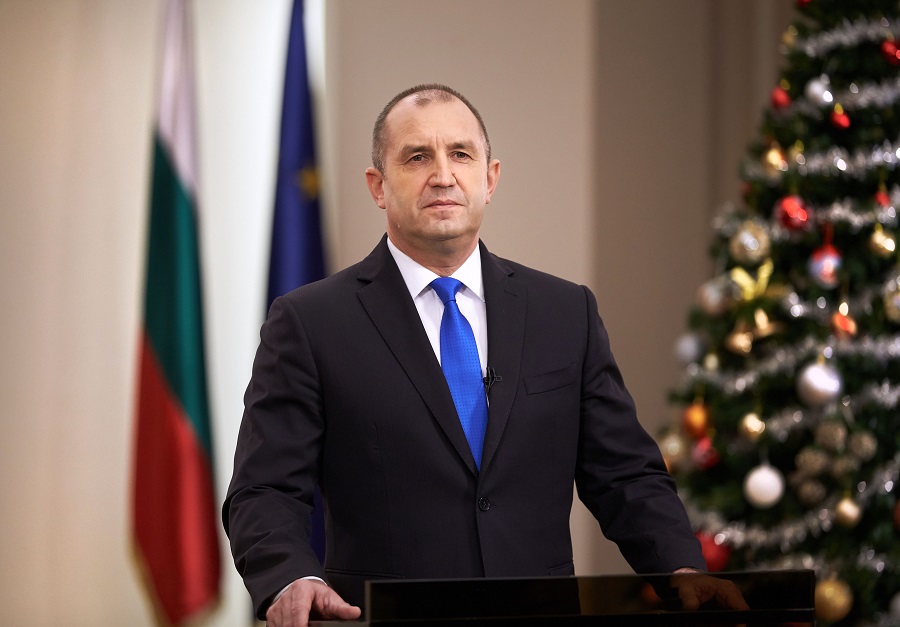 President Roumen Radev has not vetoed the bill of amendments giving enormous authority to the Anticorruption Commission. Parliament just passed the amendments before the New Year on second reading.

The bill was introduced by the government in a swift move to try and neutralize a ruling by the Supreme Court of Cassations, according to which the Anticorruption Commission – an institution primarily tasked with attaching and confiscating illegally obtained assets – must cease proceedings against individuals’ assets in cases a court dismisses the charges related to those assets or the prosecutors drops the charges or investigation.

The bill essentially bypasses this decision, giving the right to the Anticorruption Commission to initiate proceedings even after dismissed charges by the court or prosecutors. This would also strip the commission from having any timeframe for investigating individuals for illegal assets and open up the possibility of these investigations, probes and proceedings for becoming potentially indefinite. 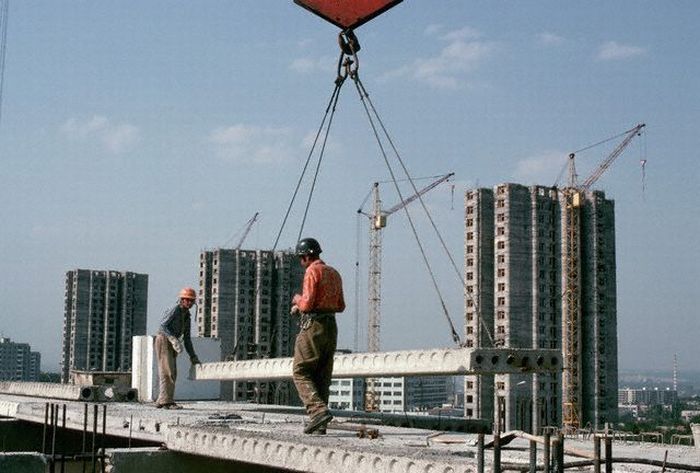 Companies, who have violated trade laws by keeping workers without proper labor contracts will be banned from participating in public procurements for three years. The ban will also hold even if the employer has paid the fines for the violations. The three years will be counted from the date of issue of the document declaring the violations.

Employers’ organizations had requested the National Labor Inspectorate issue a waiver in cases the company has paid the fines imposed on them for the violation. The NLI declared it cannot do that as the fact that the company has paid the fine, i.e. is no longer in violation in terms of the law, the ramifications to the workers still stand. Therefore, the NLI will not issue a document that the company is clear of violations before the three-year period is over, regardless if the fine is paid or not. The document is one of the obligatory papers for participating in public contract tenders under the Public Procurement Act.

Part of Plovdiv’s European Capital of Culture projects will not be ready in 2019: Minister of Culture Boil Banov 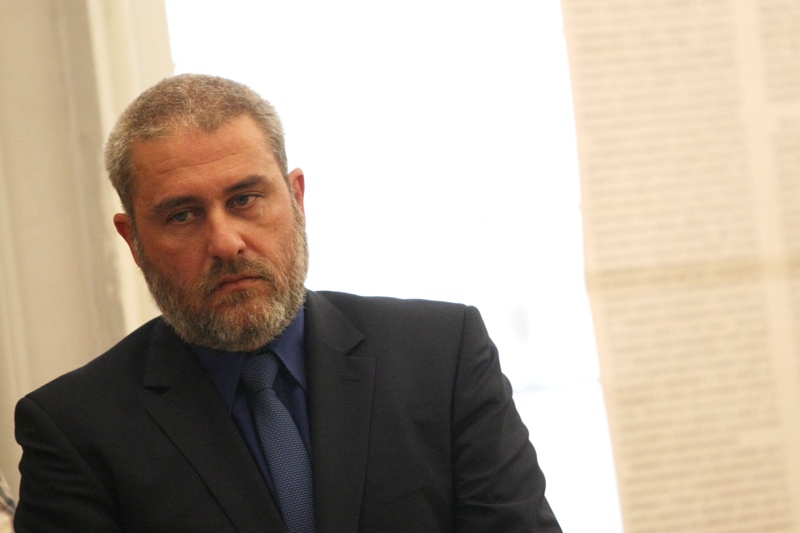 Most of the 20 million leva, which the state budget has provided are for infrastructure like renovations in the main square. But it seems the square will not be done in time. Banov remains optimistic, though, saying that while the square might be undergoing renovations, the most important thin, in his words, is that it will (eventually) be done.

Another important larger-scale projects, which the municipality undertook as part of its European Capital of Culture campaign is reviving the old city cinema, which has been abandoned for many years and essentially in ruins.

The Commission for Protection of Competition blocks CEZ deal again 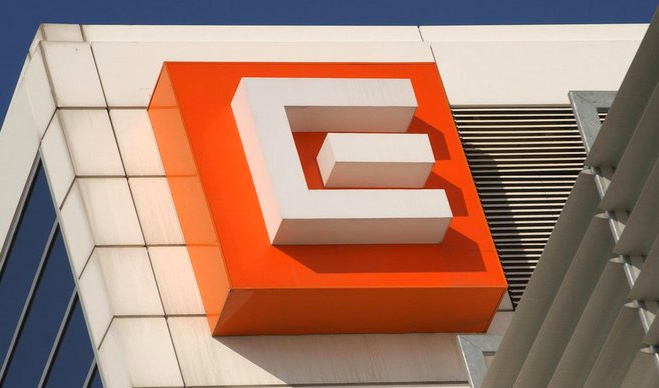 The Commission for the Protection of Competition has reviewed the CEZ deal for the third time. The Bulgarian company Inercom is trying to buy CEZ’s Bulgarian power distribution company but the commission keeps blocking the deal.

However, as the Supreme Administrative Court has not yet ruled on whether the previous time the commission blocked the acquisition of CEZ is legal. So, the commission’s decision on the current case is that it cannot make a decision before the court rules on the previous block of the deal.

In the meantime, CEZ announced in December 2018 that it will begin negotiations with the runner up in the tender for the acquisition of the power distribution company, India Power.