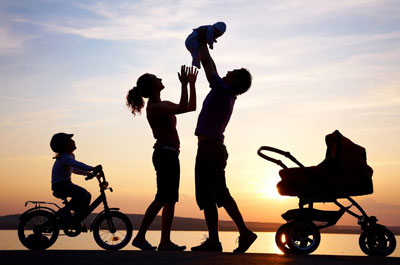 The strategy is a well-balanced and reasonable document, mapping out key points for how the various state and municipal institutions should coordinate in providing care and support for children, most of which strike as common sense. The document puts the child at the center of all policies relating to it and puts a special focus on family support and care, more flexible education models and different approaches in the context of a technologically advanced world.The document also prioritizes child empowerment.

While there isn’t anything radical or controversial in any way at first glance, if anything – the opposite – a massive number of anonymous sites and social media profiles flooded the internet with misinformation about the strategy, which put many parents into an immediate panic: that the government will take their children away from them.

To be fair, just as in the case of the Istanbul Convention, the Holy Synod was first to sound the alarm.

The Synod published a position, criticizing the fact that some of parents’ freedom to decide of the methods to bring up their children is taken away. That is, the document paves the way for taking away parent’s right to beat their children.

Empowering children to the extent of treating them as autonomous human beings also makes the Holy Synod extremely uneasy. According to the Holy Synod if we treat a child as autonomous, we “grant it an independence … in contradiction with the Bulgarian Constitution.” Of course, this is a gross exaggeration but the interesting thing is that there is a clear pattern here.

The Istanbul Convention was also deemed as unconstitutional. A notion that was ultimately confirmed by the Constitutional Court. The many opposers of the Istanbul Convention answered criticisms that they are blocking a document, which addresses a growing problem of domestic violence against women, with the claim that Bulgaria has sufficient laws to combat it. Similarly, opposers of the National Children’s Strategy point to established laws as sufficient. Neither could be further than the truth.

A woman is killed almost every week in Bulgaria. Her killer is almost always male, who in most cases she knows; who in most cases is her current or former partner. 7 in 10 children are victims of domestic abuse. 88% of parents feel physical violence is not an effective tool in child upbringing but they practice it anyway.

In this context, such documents seem more needed in Bulgaria than never. And this stands even if we don’t touch on the numerous important issues both documents address, which get ignored by the critics.

The National Children’s Strategy tackles key issues that have been neglected for years: regarding healthcare, education, early child development, standards for kindergarten and preschool education, in line with the European Quality Framework for Early Childhood Education and Care, child poverty (a deepening problem in Bulgaria) and so on.

With both documents, Bulgaria is at a limbo. The National Children’s Strategy still has a chance, as it is only sent back for revision. In the meanwhile, stakeholders will hopefully combat the growing misinformation and fear that government officials will come for their children (?!). But seeing as the definite defeat of the Istanbul Convention showed us just how hopelessly has Bulgaria fallen in the clutch of the hybrid war trolls and pro-Russian far-right political parties, one should be very cautious in making such predictions.

Person close to Peevski to take over NOVA news 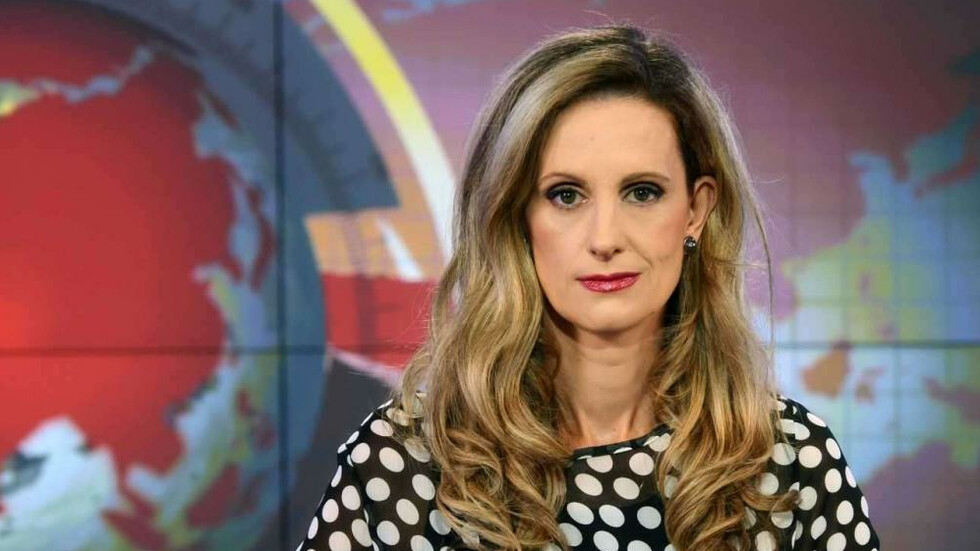 Milyana Veleva from Chanel 3 News, a network close to Movement for Rights and Freedoms (DPS) MP and media mogul Delyan Peevski will head the news division of NOVA TV.

The new head of the news comes a month after NOVA TV was purchased by the brothers Kiril and Geordi Domuschiev. The brothers gained most their millions during the mass privatization. They operate in various sectors, including ships and pharmaceuticals. They are known to be close to power and the purchase was seen as a clear sign that the second-largest national TV network is going to become a government-friendly network. Before the Domuschiev brothers offered to buy the netweok, the anti-monopoly commission had just blocked Peter Kellner from buying NOVA under the same terms Domuschiev did. The two diametrically different rulings of essentially the same case rose much concern as to the political motivation of the rulings.

The appointment of Veleva is a definite confirmation that the network is shifting its editorial policy in line with the rest of the government-friendly media, first among which or the Peevski-owned ones.

Meanwhile the Bulgarian National Television also got an acting director of similar professional background and affiliations. Emil Koshlukov, who tried to become CEO of BNT in 2017 failed but still got appointed Program Director. His imprint on the quality of the programming and the news was obvious from the start. The network has toned down its criticism towards the government to almost non-existent, and at the same time producing tabloidish and very questionable programing, like a show dedicated to mystical phenomena and conspiracy theories.

Emil Koshlukov became acting CEO of BNT this week after the previous head of the network, Konstantin Kamenarov was convicted of a DUI.

As Veleva, Koshlukov also spent part of his careers in Channel 3 News; both were long-time employees of the since bankrupt TV7, which was heavily financed by the since collapsed Corporate Commercial Bank (KTB). Koshlukov was CEO when the network went bankrupt. 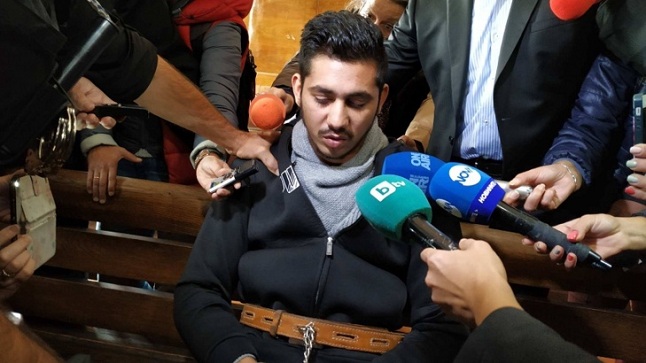 Severin Krasimirov, who is convicted of the rape and murder of 30-year-old journalist Victoria Marinova was sentenced to 30 years in prison. Krasimirov will have to pay 150’000 leva each to Marinova’s parents and daughter.

The trial is expedited as Krasimirov confessed to all counts of rape and murder. The prosecutors and Marinova’s family’s lawyers made the case that the crme was brutal in nature and that it stemmed from the accused’s sex drive and that the murder was not connected to Marinova’s work.

Marinova was found dead in the bushes in Rousse on October 6 of last year. Several days later Krasimirov was arrested in Germany and extradited back to Bulgaria. Investigators charged Krasimirov of raping and murdering Marinova after a heavy night of drinking with friends.

In the immediate aftermath of the crime, there was widespread suspicions that the murder in in connection with Marinova’s work as a reporter. The story gained wide populatity abroad and was covered by many leading international media outlets. The investigators, however, quickly eliminated that theory. 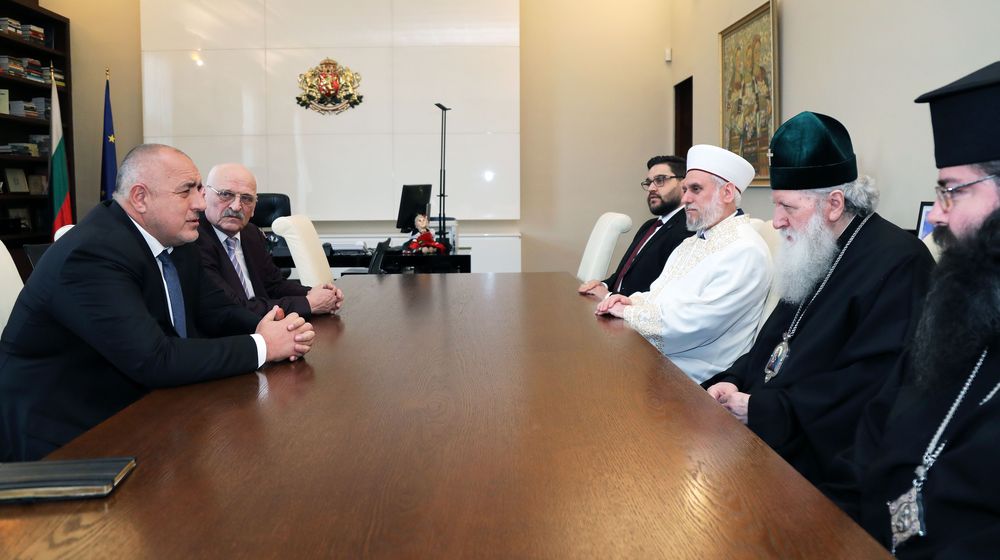 Meeting between PM and religious leaders

The Council of Ministers allocated an additional 20,7 million leva for the largest religious groups in Bulgaria. The funds will add to the recently approved government subsidies of 5.5 million leva.

The subsidies cannot be accessed if the organization has outstanding debts to the state or municipalities. This was the reason it tured out that the Grand Mufty had 8 million in outstanding debts, mainly in social security taxes. The Movement of Rights and Freedoms pushed GERB to table a bill to ultimately pardon the debts, which Parliament passed. This stirred much public outrage, however, and GERB folded. The Grand Mufti will be allowed to access the subsidies and their debt stands, but they must pay it in in full over the course of ten years.

Bulgaria might terminate the contracts with the American thermal power plants 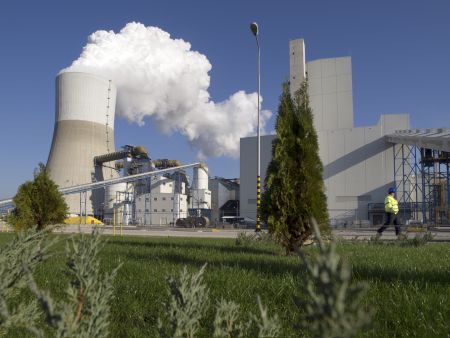 The contracts with the two American coal power plants AES Galabovo and ContourGlobal East Maritsa 3, which oblige the National Eclectic Company to buy their electric power might be dissolved soon, the chairman of the Parliamentary Power Committee Valentin Nikolov said.

Nikolov informed that if the sides don’t agree to dissolve the contracts by way of mutual agreement, the state can go ahead and enforce a one-sided termination. Nikolov claims that Financial Minister Vladisalv Gouranov has a solution of how to go about such a termination, and he will be announcing it very soon. If the contracts become dissolved, the two TPPs will have to sell on the free market.

Mediapool found that the plan to dissolve the agreements with the two American plants has been presented to business representatives during meeting dedicated to electricity prices between PM Boyko Borissov, employers and unions this Monday. The government reportedly plans on going through with the termination before the end of May but is still waiting on a position from the European Commission.

Brussels insists the state discontinue the contracts with the plants as it sees them as an illegitimate state subsidy, which puts the plants in a favorable position in the market.

The government has been talking about terminating these contracts for some time now. a year ago, it announced that it will begin negotiations regarding the terms of termination and proposed a method for calculatingthe compensation. The method was developed together with the European Commission and was subject to negotiation. AES Galabovo and ContourGlobal, however, rejected it and proposed their own. Mediapool sources say that all this communication has been made via letters and no actual table negotiations have taken place.

Pediatricians threatening collective resignation if their demands are ignored 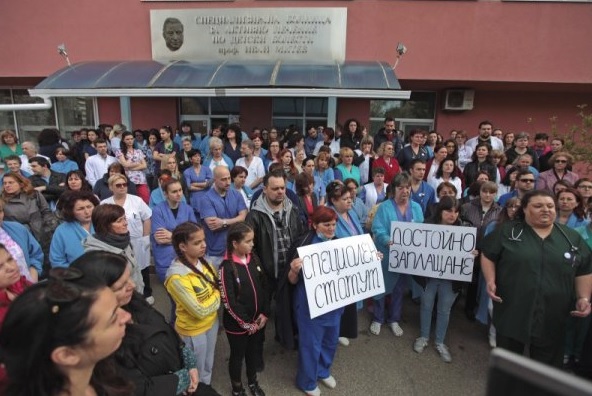 Doctors and nurses form the specialized pediatric hospital “Prof. Ivan Mitev” in Sofia took to the streets for their consecutive protest Tuesday. The protesters demand the pediatric hospital be granted special status, dignified wages and the freedom to treat their patients without a financial threshold. They warned that if their demands are not met after the next protest – scheduled for May 10 – the next step they plan to take is collective resignation.

“Employees from five of the hospital’s clinics have finished negotiations with another medical facility to transfer their whole teams there. A whole team: doctors, nurses…” Adil Kadam M.D. from Clinical Genetics told reporters.

The reason is that the patience of the children’s’ specialist working is such conditions is running out: low pay, long hours, and numerous restrictions. The pediatricians warned that if the teams of the only specialized children hospital in the country scadder across different hospitals, the fundament on which the future national children hospital should be built, will break.

The doctors said that they received now feedback of any kind from the Ministry of Health after their last protest the previous week. Instead they’d gotten an indirect recommendation but the deputy minister for the hospital to open an emergency room, which would increase cash inflow to the hospital.

The recommendation is groundless of two levels: one, the doctors provide de facto emergency care as is. Two, opening a new ward would mean hiring more staff, which is practically impossible due to the low pay.

Another deputy minister said in an interview he agrees that there should not be financial thresholds for pediatric and prenatal care and he will be proposing lifting those. But that giving the hospital special status and making it 100% state property is a long and difficult procedure.