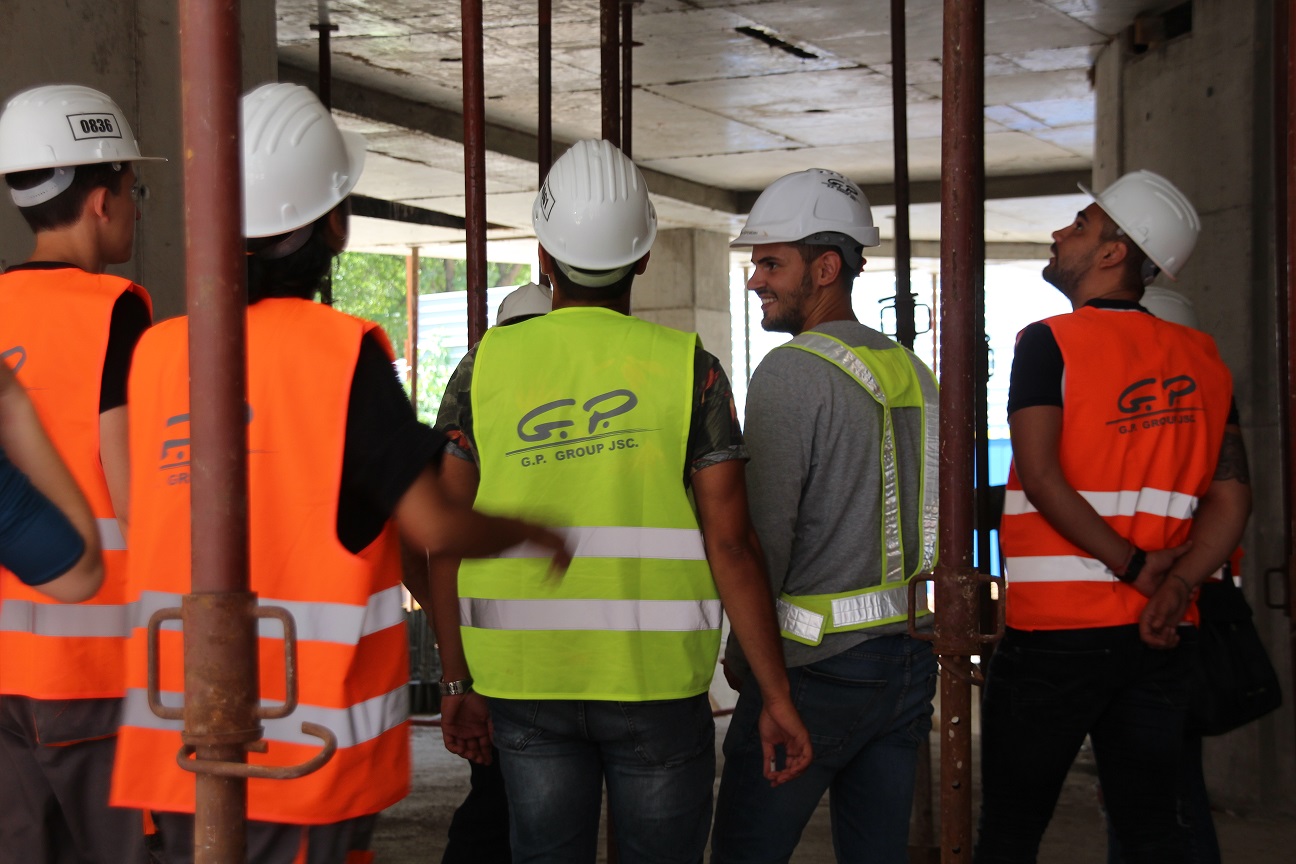 PM Boyko Borissov ordered the company GP Group’s funds for state and/or EU funded projects to be stopped due to the ongoing investigation into the company for EU funds fraud. GP Group is one of the most powerful construction companies in the business in Bulgaria and regularly wins public procurements in the last years for roads and other large-scale projects.

“Anyone who is under suspicion [and is part of the investigation] – [I want them to be] removed from the tenders and for them to prove their innocence”, PM Boyko Borissov said on Friday. 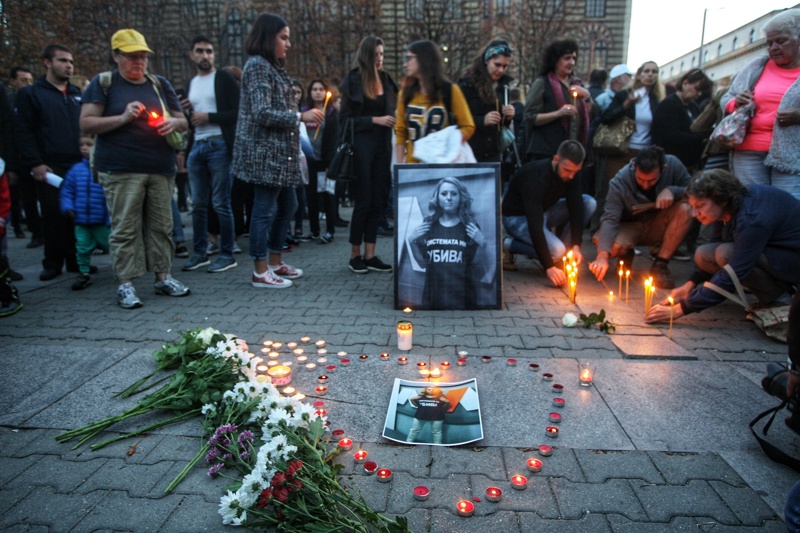 
Four days after the brutal rape and murder of TV anchor from Rouse, Victoria Marinova, which shook the country, the police announced they have a prime suspect and have cracked the case. The murder caused a wave of international reporting, some of which claim that the murder was motivated by Marinova’s work as a journalist.

In the days leading up to the police’s announcement about having a prime suspect – which seems to exclude the theory of the crime being motivated by her work – the story generated an overwhelming public discontent at Marinova’s murder both as being either a consecutive case of homicide of a woman (according to the Bulgarian Helsinki Committee, this is the 19 case, which has resulted in death this year alone) and as a blow against free press; the latter was arguably the version of the story, which received notice by the international media and governments.

The police’s prime suspect (discovered via DNA match of biomatter from the crime scene and the suspect’s home) is the 21-year old local Sevdalin Krasimirov. He reportedly confessed the crime (at least the rape) to his mother, who lives in Germany. The mother told the media that Krassimirov was drunk and high at the time he committed the crime. Krasimirov’s girlfriend told reporters that on the night of the murder he had returned home with blood on his clothes. He had explained the blood by getting into a fight with another man. Krasimirov took off to Germany. Cameras at border control have recorded him leaving. A special operation, led by German police arrested him at his mother’s place of residence sometime after he had arrived.

Krassimirov has given his agreement to be extradited back to Bulgaria, which means the extradition proceedings, which follow are faster than normal. The high court of Celle, Germany announced on Friday that it is starting the official procedure to extradite Krassimirov and he should be returned to Bulgaria within ten days. The court also stated that the accused admitted partially to the crime of which he is convicted. He told the court that he had attacked Marinova, but denied having raped or murdered her.

The heinous crime in a strange way intertwines and integrates within itself several of the most pressing problems in Bulgarian society and politics, which have been neglected for long to a point of becoming disastrous. The degrading press freedom, devastating lack of policies or any political effort whatsoever to combat and prevent crimes against women, devastating jail and prison conditions (which was briefly an issue as the high court of Celle needed to ensure minimum living conditions in the Bulgarian jail. Bulgaria is frequently sued (and loses) in the European Human Rights Court for inhumane prison and jail living conditions). One more important plotline has emerged from the story as well, and that is the extreme racism and persistent tension between the (ethnic) minorities and the (white) majority.

Krassimirov is from the Roma minority and lives in one of the two Roma neighborhoods in Rouse. Many Bulgarian cities have these so-called Roma neighborhoods, which most times fit entirely or for the most part the description of a ghetto.

After the police announced the name of the suspect and the public became aware of his ethnicity, ethnic tension, especially in the town of Rouse skyrocketed. Fortunately, there were no incidents during the memorial service. At the time of this piece (Friday evening), the police presence in and around the Roma neighborhoods remained high. PM Boyko Borissov said to Parliament that the government and the minister of interior specifically are taking every precaution to mitigate any risk of violence.

For a period of less than a week, the story of this vicious crime took several turns with regard to the interpretation and with that touched at least several nerves. As many observers have noted, while premature, it is understandable why the public and the international media seamlessly and with no delay concluded that the crime is committed because she is a journalist in a show, which is not known to conform to the agenda of those on power. The reason is that the conditions under which the little of what has survived in Bulgaria as the free press is under constant pressure and attack: financial, political and existential. This has become the norm, and as such a story about a journalist ending up dead – coincidently after airing a story about a grand political corruption scheme based of EU funds fraud – sounds integral to the context. Earlier this week the Sofia Prosecutor’s Office has recognized there is enough evidence that a crime has been committed regarding an alleged massive EU funds fraud and corruptions scheme, known as GPGATE, to file a lawsuit. The prosecutors cite signals by the investigative reporting site Bivol.bg and vice PM Tomislav Donchev about the alleged crimes. Investigative reporting by Bivol.bg over the past month has revealed an elaborate scheme to drain EU funds mainly through corrupting road construction public procurement. The company GP Group sits at the center of the alleged scheme.

The prosecutors have ordered the attachment of 14 million euro of the company’s funds as part of the case.

In early September Bivol’s Dimitar Stoyanov and his colleague in Romania were following up of the story, which led them to witness a massive amount of documents being burnt in a field near Radomir. The reporters believe the documents are connected to the scheme and shed light on the network of the officials, project evaluators, consultant companies and other entities, involved in the scheme. The two informed the police about the destroying of documents, and the two ended up detained by the police. 
DPS MP and media mogul Delyan Peevski announced that he will be stepping down from the media business. Peevki owns a number of newspapers and is associated with a number of others. This year’s annual report by Reporters Without Borders named Peevski specifically as the prime reason for Bulgaria’s dramatic – and continuous over the past years – drop in the organization’s Press Freedom Index. Bulgaria was ranked in the 111 position this year, not only behind all EU member states but also behind the rest of the Balkan countries as well.

Peevski announced he will be establishing a foundation, which will take over his media portfolio. The foundation’s board will be made up by “renowned journalists”, by his own account. In a letter, sent to selected outlets he explains part of the reasoning behind the move.

“It is high time the media content be managed by the journalists”.

As for the specific motive in strategic terms, he points to the Commission for the Protection of Competition. The commission has been pending for five months its decision to give the go-ahead for finalizing the deal, in which the film studio company Nu Image Media will to acquire half of Peevski’s shares in his media company Telegraph Media.

He says in the letter that by transferring his media company to the foundation he will be stepping down from the publishing business and “his involvement will be limited only to his financial support of the foundation’s activities”.

Peevski writes in his letter that “it is likely that reason for the delay lies not in the complexity of the approval but in the fact that it has to do with a media company, connected to me”.

“I cannot tolerate such a double standard from a state regulator, and this is why today I have withdrawn my request for approval [from the commission regarding the deal], and I declare my withdrawal from the deal altogether.” 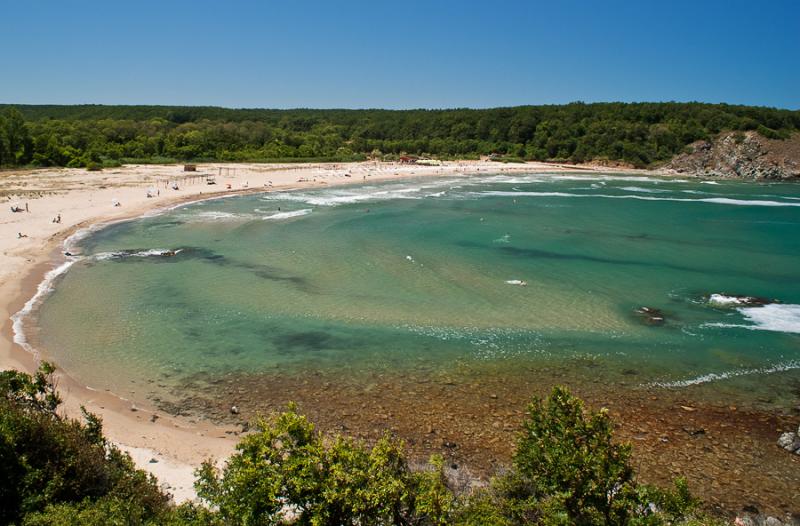 
The administrative court of Bourgas has left the claim by the governor of Bourgas, Valcho Cholakov against urbanization plans in the protected area of Silistar Beach, without review.

The city council of Tsarevo passed a plan in late August, allowing for construction in the protected area of Silistar Beach. The plan includes the construction of a road and two-story holiday villas.

The administrative court of Bourgas has ruled that the governor has no authority to challenge the decisions that the city council of Tsarevo makes. This in effect is a ruling in favor of the plan, which can be appealed within 7 days. Cholakov is the only official or representative of an authority, who took the decision to allow for construction in the area of Silistar, to court. Cholakov did this at the time under orders of PM Boyko Borissov, following public backlash at the consecutive instance of a protected natural territory being captured by shady real estate investment appetites.

Cholakov told Mediapool he is yet to read the decision in detail, but he intends to appeal it.

Even before the council had passed the plan, environment protection organizations warned that the plan violates a number of regulations, including the requirement to conduct an environmental impact assessment before moving forward with any plans for construction.

The mayor of Tsarevo claims that an environmental impact assessment is not required for passing a construction plan and that such will be required upon an investment intent, i.e. when the investor is ready to build and it is the one, which will request the assessment.

The regional office of the Ministry of Environment, however, also saw violations in Tsarevo’s city council actions but did not follow up with formal action. The ministry reaffirmed the assertion, made by the environmental organizations that the local government cannot make such a decision at this point.

Bulgaria requests help from the EU against second-hand car influx

Bulgaria has asked the EU to help in taking measures against the risk of high inflow of old cars from Western Europe, following new strict measures against car emission in a number of European cities. As these measures come into force, the resell prices of the cars that do not meet the new requirements will plummet, which will likely lead to the Eastern European second-hand car markets to take them on.

Eight other Central and Eastern EU members, including Cyprus, Latvia, Lithuania, Luxemburg, Hungary, and Romania gave their support for the initiative.