Adopting some best practices from Putin’s Russia. And a bold idea how to go the extra mile The reports from the last couple of weeks that the current Prosecutor General Sotir Tsatsarov will be nominated to head the Anticorruption Commission were – not surprisingly – confirmed this week. The parliament majority submitted formally Tsatsarov’s candidacy before the deadline on Wednesday.

The Anticorruption Commission is a special body bordering powers and legality within the system of powers. It emerged – much like the Specialized Court another appendage to the repression machine – to deal especially with organized crime and high-level corruption. Given both institutions’ records, one would have no problem concluding they have failed in their mission. But this would be wholly inaccurate. Much like a slogan off a George Orwell novel, the name carries the opposite meaning of the actual function.

The Anticorruption Commission has not countered or caught a single case of high-level corruption. Just as the “normal” prosecution hasn’t, nor the specialized prosecution. With the notable exception of an independent former district mayor, who was treated as a high-risk terrorist during her arrest and court proceedings. She was found guilty of asking for a bribe and innocent on the count of taking it. She received the maximum sentence provided by the law: 20 years in prison.

The commission, much like its prosecutorial big brothers, has extraordinary powers within the system of powers. It is not a law enforcement agency but is has similar authorities. It is not a court of law but can enforce punishments which otherwise are decided by the court. The commission is almost unaccountable and has the rare and hard fought for right to open and keep ongoing investigations indefinitely without needing to justify the actions to anyone. Most recently – about a year ago – the commission reached a huge milestone in achieving its independence from other powers. It could keep bank accounts frozen under suspicion that the funds they contain are acquired illegally even after a final court decision exonerating said funds.

Tsatsarov has worked hard to maximize the Prosecutor’s Office’s hold of the other branches of power. A parallel project has been to construct these other two supplementary bodies in a way that extends this hold and ultimately cements it as an efficient and effective repressive tool.

Tsatsarov picked a worthy successor to take over his job. Ivan Geshev was the only candidate for the post. He has had nearly zero success as a prosecutor, but that – as we should be aware by now – was exactly what was asked of him: especially as the prosecutor overseeing the case for the Corporate Commercial Bank bankruptcy or as the chief prosecutor in the Specialized Prosecution.

Meanwhile the former head of the Anticorruption Commission Plamen Georgiev finally resigned some months ago for inconsistencies in his tax returns and reports that he acquired his home at a non-market price. The parliament did not open the procedure for nominating a new head of the commission almost two months after the deadline. No MP would talk about it, hence speculations and reports emerged that the parliament is not starting the process on purpose in order to make or possible for Tsatsarov to take the post.

So here we are. The only candidate for Prosecutor General approved by the Supreme Judicial Council twice with 20 votes to 4. And Tsatsarov – the only nominee for the Prosecutor’s Office mini-me – the Anticorruption Commission.

Several observers pointed to the striking similarity of this post distribution to the way Vladimir Putin and protégé Dmitri Medvedev swapped the two highest positions in the country and thus secured their power indefinitely. As we have Soviet Russia to thank for the all-powerful position of Prosecutor General in Bulgaria, it seems only fitting. Putin found a workaround the provision in the constitution that a person cannot hold the office of president for more than two consecutive terms. The Bulgarian constitution reads that a Prosecutor General may only hold one term. Granted, there is no obvious loophole in this wording. But surely seven years is enough time to find one. So, let’s skip over seven years of uncertainty and make the prediction now that the next single race for Prosecutor General will be held for Sotir Tsatsarov. 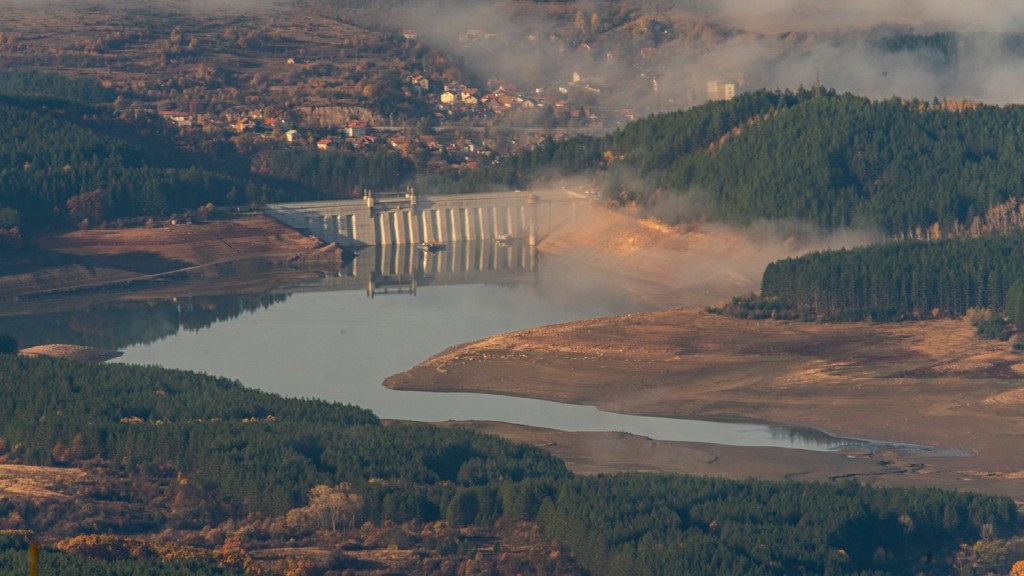 The head of the Pernik local water company division was fired after the city faced water retractions.

Hundreds protested on Wednesday in front of the water company building in Pernik, demanding an explanation why the Studena dam has been left to nearly dry out without anyone taking measures to prevent this outcome. Especially given the fact that the water levels reached critical low levels months ago. The citizens of Pernik demand someone take responsibility for the situation. The dam was renovated earlier this year.

60000 people in the region are affected by the water restrictions, which will continue at least until spring. Pernik households will have running water twice a day for five hours at a time. A few villages near Pernik will not be as lucky: water will be available one every 48 hours for eleven hours during the night: from 6PM to 5AM.

The Prosecutor’s Office has launched an investigation into the case.

State health insurance coverage and sick leave: All you need to know The government announced it will table a motion last week which faced immediate backlash. Lawmaker were going to propose for the first day of sick leave to be covered by the worker instead of the employer as it is now. The amendments were criticized both from unions and workers, and even on the part of some employers. The unions threatened mass strikes and protests, while employees complained that instead of solving the problem of misuse, they punish the honest workers.

Violations was the main argument given by the government to introduce the changes. It reasoned that transferring the cost burden to the employee would help to mitigate the practice of taking sick leave without having a medical condition. This punishment, they reason, is a direct result of the government’s inability to deal with the violations. Some employers’ organizations claim that between 1/3 and 2/3 of sick leave up to three days are false. The opposition claimed the same and added that not only is the measure misplaced and generally disproportionate, it will not accomplish much in terms of preventing misuse.

State insurance: what we pay and what we get

Employees must insure themselves against the risk of the so-called “general illness” and “maternity leave”. The amount is deducted from the amount every worker pays in social security and goes to a special fund “General Illness and Maternity Leave”. It makes up 3,5% of the total social security deduction and is split between employer and employee 6:4. The self-employed may choose to insure for general illness and maternity leave anywhere between the minimum wage base: 560 leva to 3000 leva. Since the social security contribution is calculated as a percentage of this income, the higher the base, the higher the amount one pays.

In case the person is not self-employed (and whereby self-insures both as employee and employer) this insurance means that when the employee goes on sick leave the employer covers 70% of the employee’s salary for the first three days. The salary in this case is the base amount stated in the employment contract, minus bonuses and/or supplementary service or freelance contracts. This is the amount, which is used to calculate the social security contributions you and the employer pay for your contract. If sick leave extends beyond the third day, then the National Social Security Fund takes over the employee’s remuneration but this time covers 80% of the salary instead of 70%.

The Social Security Act is the legal framework governing how much of your salary you get if you are on sick leave and how the insurance payments and reimbursements are distributed between employer, employee and the state. In other words, it is a product of the legislator and as any legislation may be changed by Parliament.

Sharing the risk (by distributing the financial burden between the parties) is part of the measures aimed at preventing misuse and abuse. For example, if the financial burden was taken solely by the state, employers would be inclined to make employees take sick leave when there is not much work. That way the employer would easily lessen employer cost as the state would have to cover it. Similarly, since the employees also bares some of the burden, they in turn are less inclined to take sick leave unless actually sick. The state is both most interested in stopping violations and has the tools and mandate to counter and mitigate them. Unfortunately, the last years have shown that the relevant institutions both lack the motivation and the capacity to do so.

It is pure fantasy that the state could check every single document for a day or two sick leave and make sure it is genuine and legitimate, prove if it is not and sanction the wrongdoers. Not to mention, such a system – even if we assume is possible and feasible – would pose even a greater risk of false negatives: most conditions for which one could get a few days’ sick leave don’t exhibit objectively measurable symptoms – like migraine or any sort of pain for example; or a world of others, which subside and leave no trace, like stomach flu or diarrhea.

In any case, however, the attention on the one-day sick leaves is problematic for at least one important reason. A significant – financially as well as substantially – aspect of the violations concerns instances of mass long-term sick leaves in large companies. Neither the state, nor employers’ organizations have made any steps in tackling those. At the same time, in terms of abuse of the social security funds, these are obviously gross violations with heavy damages to the budget. Another point of interest should be days that immediately precede or follow holidays: according to employers, sick leave days increase by 30% in such times.

The government’s proposal to shift the financial burden for the first sick leave day to the employees was not accompanied by any analyses or assessments based at least in part on these problems, however.

The fund in question accumulates less funds than it reimburses every year. The fund is in a permanent deficit, much like the pensions’ fund. Both get subsidies from the budget to account for the difference.

For example, in 2018 the planed deficit is 105 million leva: 980 million income against 105 projected cost. In 2019, even though the government managed to collect more than it hoped, the deficit is 90,4 million leva. Almost half the deficit is from the General Illness and Maternity Leave fund is on account of sick leave days.

The PM folded and pulled back the proposal

At the threat of strikes and protests, PM Boyko Borissov pulled back the proposal for now.

For the first time since its establishment, Vitosha National Park territory has shrunk 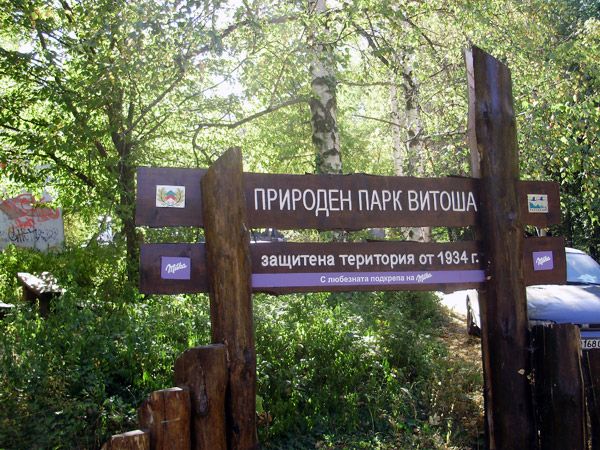 Green NGOs have filed an official complaint to court against Ecology Minister Neno Dimov’s decision to take away one hectare from Vitosha National Park territory. It is the first time the bounds of the park has changed since its establishment in 1934.

If stripped form their status of national park, the protections, which prohibit development on these territories will be lifted. Coincidently, the territories are private property, owned by two individuals, one – a famous Bulgarian jazz singer and songwriter, Beloslava.

According to one of the organizations, which filed the claim, Green Laws, the owners have been trying to exclude their properties from the national park for many years. All previous ecology ministers have declined, before Neno Dimov.

In addition, the complaint also points out that the resolution by the minister to exclude the territories in question was done directly without environmental assessment or public hearings, which are obligatory under the law in such cases. The exclusion, according to the claim, also violates three European directives, apart from the Protected Territories Acts.