In an unprecedented move today, the Prosecutor’s Office, backed by police and special officers to the Prosecutor General, raided offices in the presidency building. Two members of President Roumen Radev’s staff have been arrested: his secretary, Plamen Uzunov and one of the president’s national security advisers, Iliya Milushev.

Uzunov is likely arrested in connection to another controversial and rather inexplicable campaign by the Prosecutor’s Office against the businessmen Plamen Bobokov, under investigation for influence trading. Bobokov was also arrested for the third time, but prosecutors have yet to bring official charges.

Milushev’s arrest is in connection with an investigation for uncovering state secrets.

Whatever the formal reasoning behind the raid and the arrests, their meaning likely lies elsewhere.

Several days ago,one of the leaders of the non-parliamentary opposition coalition Democratic Bulgaria, Hristo Ivanov together with two colleagues debarked on the Bulgarian beach Rosenec with a boat. The beach is state-public property, but access to it has been restricted for years. The reason – the summer mansion of the honorary leader of the Movement for Rights and Freedoms Ahmed Dogan. Dogan is arguably one of the most powerful people in Bulgaria and the self-described "allocator of the portions in the country," as he once said publicly, meaning he had the final word on where public contracts end up. Media mogul and DPS MP Delyan Peevski is seen as his highest executive.

Hristo Ivanov reaches the beach and is greeted by security @4:30

The investigative news site Bivol.bg has been reporting on the curious circumstances regarding the mansion for years. The land itself was owned by LukOil Bulgaria before its accusation by companies connected to Dogan with a 20-million-leva loan from the since bankrupt Corporate Commercial Bank. The mansion itself has not received a completion certificate, and as far as authorities are concerned at least on paper, the site is no more than a construction site, although it is fully functional. In addition, the road, leading to the coast and pier, which is also public property, is closed off by a barrier. 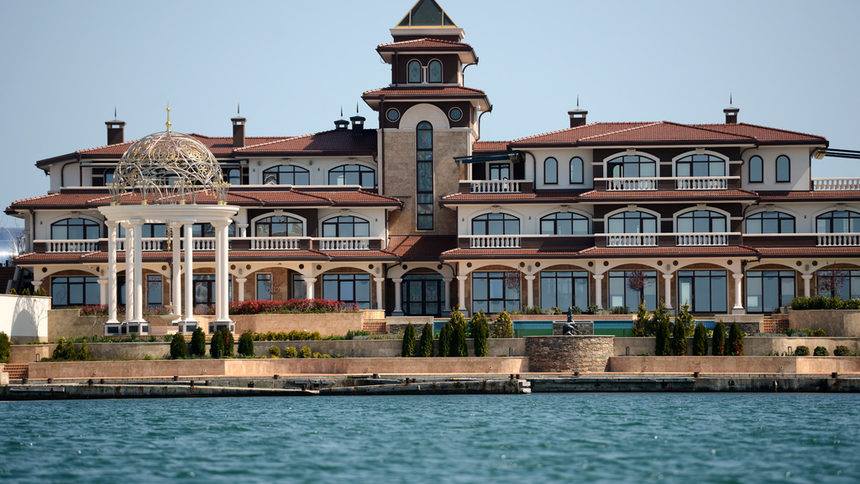 Activists from Democratic Bulgaria tried going through it several weeks ago, but were stopped by security. So, they decided to reach the beach by water. Upon arriving on the shore Hristo Ivanov and his colleagues were met with armed security detail, who told them to get off, and ultimately succeeded. Ivanov claimed the security officers – who refused to legitimize themselves – were in fact employees of the National Service for Protection, which supplies security for top officials and persons vital to Bulgaria’s national security. The NSP is a military service to the President of Bulgaria.

Democratic Bulgaria have long claimed that the NSP provides protection for Ahmed Dogan and Delyan Peevski, which cannot be justified on the basis of NSP’s role and scope as provided by law. The events on Rosenec brought forward Peevski’s and Dogan’s security. Hristo Ivanov asked the president via the media to confirm the guards at the beach are NPS officers.

President Roumen Radev did just that yesterday in a public statement. He said he has previously put forward the question and has expressed the view Dogan and Peevski should not be protected by the NPS. But, the president said, while the service is part of his administration, the executive branch decides which persons the NPS should provide security for, apart from those provided by law. In other words, the ball, as Hristo Ivanov put it, was now in PM Boyko Borissov’s court.

Borissov has stayed silent on the matter. However, in this context the raids by Prosecutor General Ivan Geshev in the presidency building, which till today were nothing short of unthinkable, speak volumes as to where the real power lies in Bulgaria, who holds it, and the means and channels by which it is executed.

Protesters began gathering spontaneously in front of the presidency building on Thursday afternoon to express outrage at the actions by the Prosecutor General and express support for the president and his staff, under the slogan "To save democracy". Meanwhile the NGO Justice for All initiated another protest under the motto "Freedom does not need a cap"

The cap in the slogan references the Prosecutor General, who frequently wears one, and the word has become a sort of a euphemism for him.